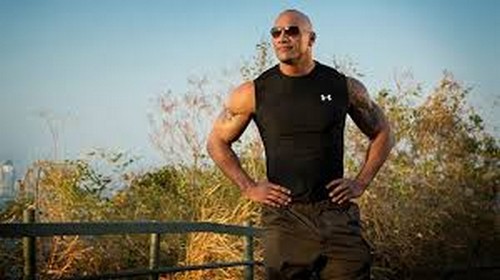 TNT has a fantastic new show premiering tonight, called HERO and not only stars but is executive produced by Dwayne “The Rock” Johnson. The Rock is an actor and a semi-retired wrestler; probably most well know for his wrestling career, he has won an astonishing 17 championships and reigns in the WWE. There are a bevy of other titles that he has won with other wrestling federations as well, basically this guy just never stops. The Rock is no stranger to acting either, his first role you might remember was in “The Scorpion King” back in 2002, his latest was “Fast & Furious 6”, although my all time best movie that he has done is “Race to Witch Mountain”; I love when The Rock acts beside children, he is so natural.

On to tonight’s new series, America is about to be rocked! This show will have contestants being tested physically, mentally and morally, all while they get housed up in a beautiful posh condo of course in breathtaking Panama City. The contestants basically have to prove to The Rock that they deserve the title of “The Hero” and the ultimate cash prize which is up to one million dollars.The Rock will serve as motivational mentor to the contestants and winning will be all up to how well they perform.

The Rock recently spoke about his new show: “‘The Hero’ speaks to everything I believe in when it comes to challenging ourselves, to becoming better people every day and to making the right choices while growing from the wrong ones. Bridging the digital and physical world on the small screen in a way that’s never been done before will enable fans to use social media and on-screen decision making to determine the fate of the show’s contestants, and our goal is to make each TV moment impactful and exciting.”

Tonight ten ordinary people, just like you and me, will be presented with challenges that are physical, mental and emotional. Social media will also play an important role in this new show as fans will get to vote on who they think is the most heroic every week. One thing is for sure, with The Rock in the house; this show is going to be EPIC, you won’t want to miss it!

We will be live blogging The Hero Season 1 Episode 1 at 8PM EST . . . so make sure to come back to this spot and watch the show with us. Make sure to refresh often so you get the most current info! While you wait for the episode you can catch a sneak peek of tonight’s episode BELOW!