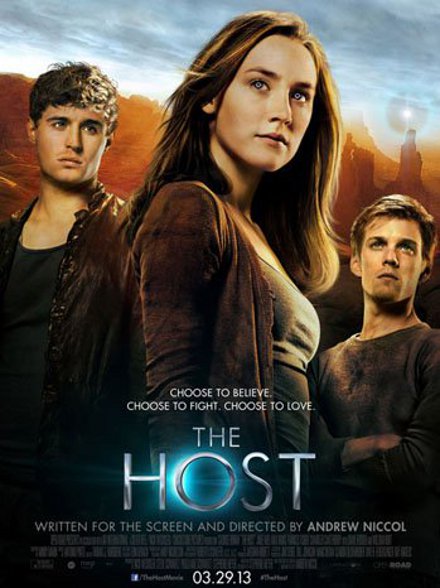 Are you all ready for Stephanie Meyer‘s next epic love story to hit the big screen? I know we sure are. The Host is scheduled to hit theaters March 29th, but before the parasitic aliens invade planet earth and attempt to take over our minds, the entire cast and crew, including author Stephanie Meyer, will take to the red carpet for interviews and glitz and glamour. “The Host World Premiere” is presented by our pals over at Celebuzz, in partnership with Open Road Films, and will be streamed LIVE on Tuesday, March 19th (9:30PM ET / 6:30PM PT).

In case you’re unfamiliar with Meyer’s novel, The Host tells the story of an unseen alien force that invades earth and begins occupying the bodies of humans, living off their minds like a parasite.  And central character Melanie Stryder (Saoirse Ronan) will risk everything to protect the people she cares most about, all in an effort to prove that love can conquer all in a dangerous new world.

Getting excited now? Getting pumped up? If you are a fan of Stephanie Meyer’s stories (ahem, Twilight), then there’s no doubt in my mind that you’ll be in attendance. But if you were for some reason against all that Twilight business, don’t let that particular disdain for vampy love stand in between you and this quite different love story. Just give it a whirl. Come visit us again on Tuesday when the red carpet premiere will be LIVE and kickin’ and poppin’ with celebs. It’s sure to be  party!