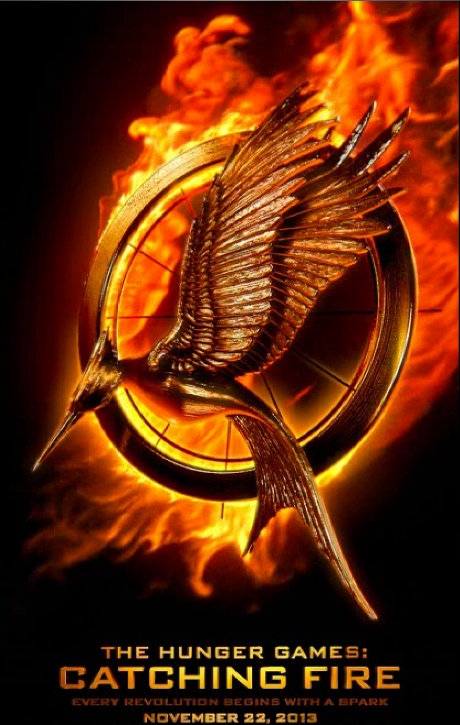 The Hunger Games: Catching Fire trailer has finally been released, and it couldn’t have come at a better time. We were getting so anxious for even just a little bit of news. After seeing so many stills from the set circulate around the web over the past couple of months, we started to wonder whether or not the studios have forgotten about their loyal and devoted followers. Thankfully, they have not, and during the airing of the MTV Movie Awards (hosted by the hilarious Rebel Wilson) Katniss Everdeen appeared to welcome us home.

The teaser trailer, which is stellar in my opinion, shows Katniss Everdeen (Jennifer Lawrence) and Peeta Mellark (Josh Hutcherson) embarking on their victory tour. But their defiance of the Capitol, their little display of revolution during the Hunger Games, hasn’t gone unnoticed by citizens all across the districts. They’ve become inspirations, and rebellion is on the horizon.

The teaser trailer shows some great dialogue between President Snow and Plutarch Heavensbee.

“She has become a beacon of hope for them,” the totalitarian President Snow (Donald Sutherland) says, regarding Katniss Everdeen. “She has to be eliminated.”

“I agree she should die but in the right way, at the right time,” replies Plutarch Heavensbee (Philip Seymour Hoffman), who is the new Head Gamemaker in charge of designing the Hunger Games.

“Katniss Everdeen is a symbol. You don’t have to destroy her, just her image. Show her that she is one of us now. Let them rally behind that. They’re going to hate her so much they might just kill her for you.”

EVERY REVOLUTION BEGINS WITH A SPARK . . . flashes across the screen. Ahhhh, so wonderful. Can’t wait for this film.

The trailer ends with a terrifying moment of Gale being beaten. Katniss, all high and mighty, steps in between Gale and a government official, who has a gun pointed on Katniss. “Go ahead. Do it,” she says.

Let us know how excited you are for this movie, which comes out this coming November. Argh, so much wait time! If You Want More Hot Celeb Dirty Laundry News Then Please Like Us On Facebook and Follow Us On Twitter!