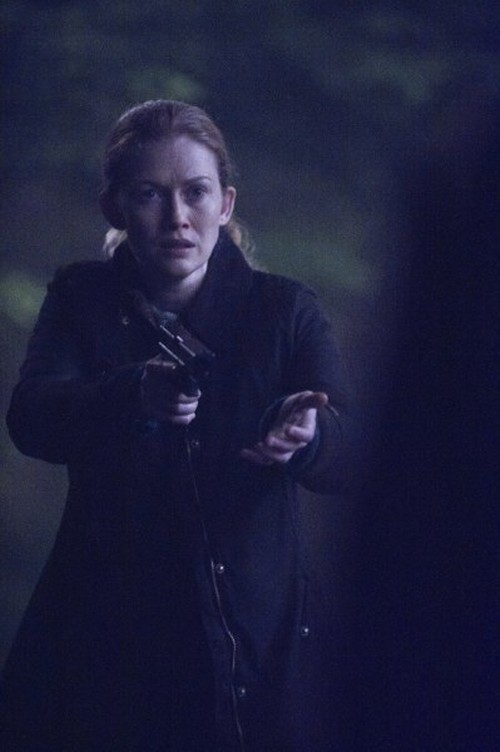 THE KILLING continues tonight on AMC and it is already the season 3 finale. On tonight’s double episode called, “From Up Here;The Road to Hamelin”  As Sarah seeks peace in the aftermath, the detectives pick up a new unnerving case. If you want to catch up before tonight’s episode, you can read our full and detailed recap, right here.

On last week’s show Linden went to see Ray about the rings; and asked if he recognizes any of them but the guards came and force him to leave quickly. His son also mentioned how he himself wasn’t the one who saw what happened but someone else referring to them as “he” I’m guessed he means his father Ray.  There is so much going on now, Bullet has died and Kalie is obviously dead.   Sarah dealt with the consequences of her past and Seward told the truth.

On tonight’s double episode Sarah places her life on the line after someone dear to her suddenly goes missing. Meanwhile, Holder’s past is used against him.  As Sarah seeks peace in the aftermath, the detectives pick up a new unnerving case. Lyric is tempted by her old life. Danette says goodbye.

We will be live blogging The Killing Episode 10 beginning tonight at 9PM EST. so make sure to come back to this spot and watch the show with us. Make sure to refresh often so you get the most current info! While you wait for the recap, check out a sneak peek of tonight’s episode below!