The Real Housewives of New Jersey Gets a Cast Shakeup: Is Bravo Running out of Fresh Storylines for Drama? 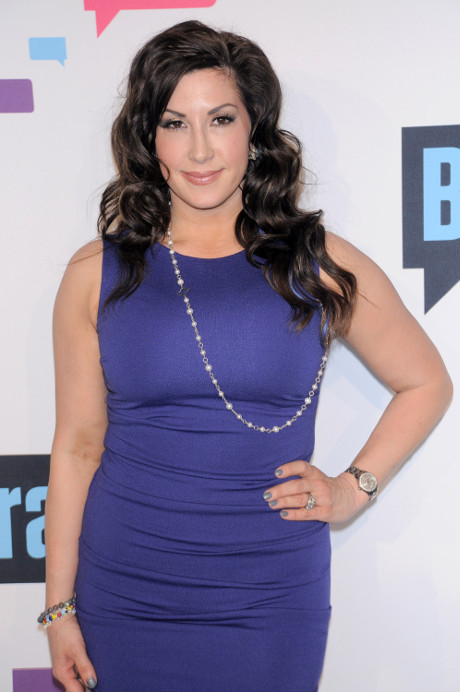 Bravo has kept Real Housewives of New Jersey fans in the dark regarding another season of the show. There was speculation the show would be canceled in the wake of Teresa’s indictments on 39 counts fraud. It was assumed a sixth season would be filmed right away. If Teresa and Joe go to jail, Bravo would want to get them on film before their trial in February 2014.

All Things Real Housewives filming will start in November. The website also reports there will be several cast changes. Jacqueline Laurita will not be back but her sister-in-law Dina Manzo is coming back to the show. Dina left half way through season 2 because she was sick of the drama. Now that her estranged sister Caroline Manzo is leaving to do her own spin off, Dina has renewed interest in being a housewife again. Three new housewives have also been cast.

I’m glad to see Caroline leave. She came across as miserable during most of her screen time. She contributed nothing to the show except butting in where she doesn’t belong and being a bully. Caroline could not even leave the show gracefully. She bit the hand that fed her for five years and then accepted an offer for a spin off show. The Red Haired Dragon wrote in her Bravo blog “Over the past few years, my outlook on the show has changed from something I couldn’t wait to show my future grandchildren to something I hope my future grandchildren never see. I’ve always prided myself on being a good example for my children and my decision to leave is based on advice I’ve always given them. You are born with a name; don’t dirty it up.”

Caroline goes on to say the show is pointless drama. If it was that bad she should have quit a long time ago. Caroline probably stayed on the show to promote her kids’ businesses. God forbid her three grown children make names for themselves.

In September, Melissa Gorga told Glamour magazine Bravo needs to mix things up. She has some ideas on who should join the show if someone left. She said “They have to be part of the family in some way, or it won’t really make sense. It needs to be like somebody else’s sister-in-law, you know?” Mel is so stupid. When Teresa’s family joined the show the ratings started to decline. Viewers lost interest in the boring family drama starting in season 4. Melissa could never come up with an original idea. She imitates Jennifer Lopez every chance she gets. She is known more as a wannabe than a new face in the music industry. She puts photos on Facebook and compares herself to Jenny on the Block. Ugh.

I previously reported that Danielle Staub may return to the show. She took a meeting with Andy Cohen earlier this year. Unfortunately, the rumors were not true. Danielle’s fans were hoping she would return to team up with Teresa against Caroline. The red haired dragon bullied both women. I was hoping Jan DeDolce would be promoted to a housewife. She knows a lot about Melissa’s past. Jan is also a close friend of Teresa. TreHuggers are tired of Bravo spinning every thing to make Teresa look like a villain.

I would also like to see Poison Joe Gorga confront Mel’s ex-boyfriend Bryan Bowen. He tweeted several times he knows the truth and threatens to spill the beans. I wish Bryan would follow through with his threat. Bryan tweeted Ps don’t blame Teresa, we never even met! U wanna play!? I will be finally getting my side of the story out or should I say ‘truth’ very soon. No more poking at me!! Now it’s my turn!! ) Well lets see

Teresa has been saying for three years she did not start the rumors. Jan confronted Mel and did not change her story in subsequent interviews. Teresa has accused Bravo of editing the show to twist the facts.

If the show’s producers are smart they will start a new story line for the new season. Of course they will focus on Juicy and Teresa’s legal trouble but there has to be more than continuing the same argument for a fourth season. Bravoratings.com is reporting Monday’s lost footage episode only garnered 946,000 viewers. I think viewers will watch season 6 if only to see Teresa.