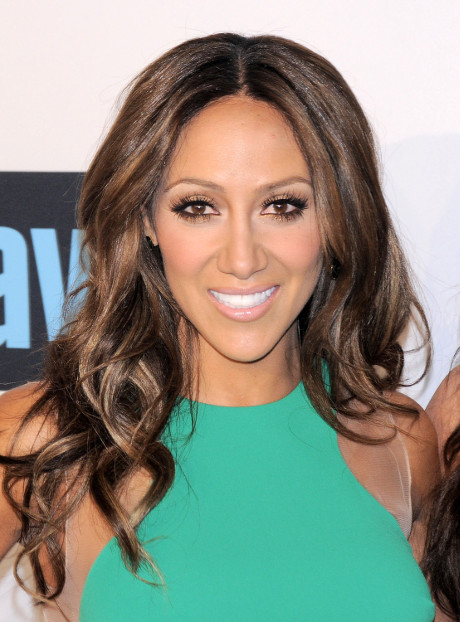 The Real Housewives of New Jersey season 5 is in full swing and there’s definitely some major drama in the Gorga/Giudice household. In a newly released promo trailer, Joe Gorga runs into his sister Teresa Giudice at the gym and she tells him about all the trash that Melissa has been sending to her via the Twitter machine. Y’all know what kind of trouble that Twitter machine can cause, and it looks as if the heat between Joe and Melissa Gorga, as well as Teresa, is about to burn someone real bad. And I have a feeling it’s going to be Melissa.

In the trailer, Joe comes home and says he’d like to chat with his wife — but not in front of their daughter. Melissa asks her daughter to run along and do some homework so the two grownups can chat.

Teresa says that she “gave her a taste of her own medicine.” She says that she just lashed out Teresa after what happened at Gia’s birthday party.

The little tuffle escalates, and Joe says that what she did is wrong, and that Teresa told him that he’s been “pussywhipped” by his wife. Joe proceeds to say that “I’m your husband” and that if she lashes out at his family again then, well, he’s going to just tell her.

What do you think about these never ending feuds between the Real Housewives? Endlessly entertaining or super annoying? Check out the video below.