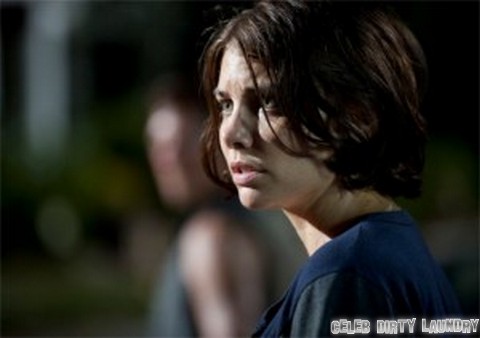 Did you watch last week’s episode of The Talking Dead? The special guests were Aisha Taylor And Scott Porter. Aisha Tyler is best known for playing Andrea Marino in the first season of Ghost Whisperer and voicing Lana Kane in Archer, while Scott Porter is best known for playing Jason Street in NBC’s Friday Night Lights. You can read the full recap HERE.

On to tonight’s episode, which will be one hour long and the focus of the discussion, hosted by Chris Hardwick, will be Maggie and Glenn’s relationship,  Andrea’s loyalty to the Governor and to Rick and the group as well as life back at the prison after Rick, Carl and Michonne’s return. Tonight the special guests will be Keegan-Michael Key and actress Eliza Dushku. Keegan-Michael Key is best known for starring in the Comedy Central sketch series Key & Peele, while Eliza Dushku is best known for playing Faith on Buffy the Vampire Slayer and its spinoff series Angel. There is also a surprise guest tonight and that will be Lauren Cohen who plays Maggie and if you are a fan of Talking Dead you know what that just might mean, Maggie may be getting killed off tonight.

Don’t forget to come back to our live recap of The Talking Dead tonight for all the commentary recap, gossip and sneak peek video of the next episode entitled, “Prey”, it can all be found HERE.