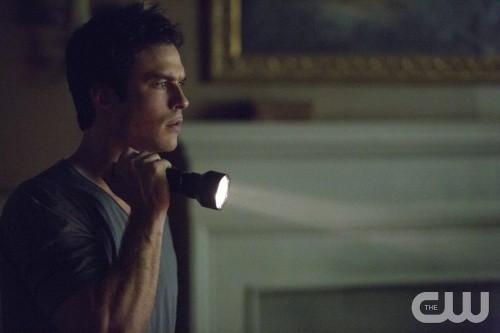 THE VAMPIRE DIARIES returns to the CW tonight with a whole new episode called, “Death and the Maiden.”  On tonight’s episode,  Silas fails to keep a promise, causing Damon to turn to Tessa (guest star Janina Gavankar) for help with his new plan, and Stefan makes a heartbreaking confession to Damon and Elena.  Did you watch last week’s season premiere?  We did and we recapped it right here for you.

On last week’s episode Silas happily announced his new goal to Damon and Elena, but they were skeptical when he promised to accomplish one important task in return for their help.  Tessa confidently told Stefan about her next move, then realized that Silas had managed to outsmart her. A desperate Katherine discovered a new and unexpected consequence of becoming human again, and realized she needed a new place to stay.  In exchange for a spot in the dorm room, she offered to show Caroline how to get answers from Dr. Maxfield. Bonnie was touched by Jeremy’s strength and determination to stand by her. Finally, Damon was stunned when he figured out the secret to Tessa’s plan.