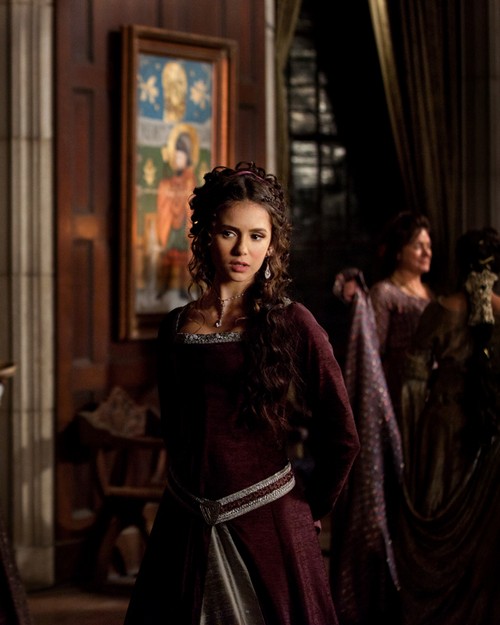 Tonight’s episode of The Vampire Diaries was all sorts of intense.  It was the mid-season finale and there was tons of drama to get us excited for the return.  We found out that Elena’s Dad was worse that we thought, Damon and Elena split up again and tons more.  The show is going on hiatus until January, sadly we won’t get a new episode until 2014  However, we managed to get some juicy spoilers and a sneak peek video of “500 Years of Solitude” for your enjoyment below while you wait for it to air January 23rd, 2014!

On tonight’s show Damon realized Elena was in danger and enlisted Stefan’s help to find her.  The brothers payed a visit to Aaron, and Damon shocked Stefan by revealing his first-hand knowledge of Aaron’s family.  In an attempt to stop Damon, Dr. Wes unleashed his secret weapon, forcing Damon to deal with a part of his past he thought was gone forever, as well as the consequences of his decades-long plan for revenge.  Meanwhile, Elena was horrified by Dr. Wes’ confessions about the dark history of Whitmore College and his own ultimate goal.  Finally, a frantic Katherine turned to Matt for help, until she realized that Nadia might be the one who can solve her problem.  Did you watch tonight’s episode?  We did and a lot more happened, check out our nifty we recap, here!

Spoiler alert: If you’re one of those people who doesn’t like spoilers, stop reading now! We have some juicy spoilers for you about the season 5 episode 11 of CW’s “The Vampires Diary.”

On the next episode which is the 100th episode Katherine is in the hospital and she is dying, but she is still alive.  No one knows whether she will even last one more day.  Jeremy, Damon, Caroline, Elena and Stefan are drinking and reminiscing about the worst things that Katherine ever did to them.  Most of them recount how she almost killed them, but Caroline has them beat because Katherine actually killed her.  Other than that not much has been released about the episode yet, but we do know it is going to concentrate around Katherine who is a 500-year-old doppelganger.

The Vampire Diaries Season 5, Episode 11“500 Years of Solitude” airs on the CW on January 23rd, 2014. Check out the preview video & some photos from episode 8 and let us know in the comments below what you think!