The Voice Season 4 “The Blind Auditions” Sneak Peek Video: Usher and Shakira Ready for the Game! 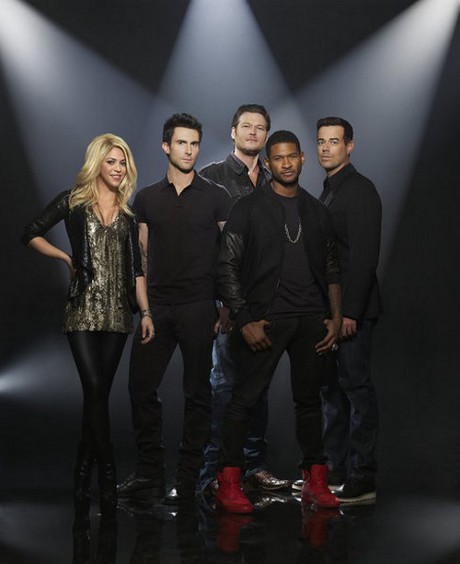 The Voice is preparing for its fourth season. With its return we’ll see the arrival of new judges Usher and Shakira, and we’ll undoubtedly get a sense of who they are as people and artists looking to help new rising talent. I’m very interested to see the dynamic among the judging panel this season because ALL of them have incredibly strong personalities. Do you think we can expect some tizzies? Do you think we can expect to see some feuds form? I’m thinking so. I have a feeling Shakira isn’t going to let any of those dudes stand in her way. She means business, and, just like Blake Shelton, she’s definitely in it to win it.

This season we’ve said goodbye and farewell to lil’ Cee Lo and Christina Aguilera, but will continue to be graced by the presences of Blake Shelton and Adame Levine. From everything we’ve heard so far, the new judges fit in nicely with the show’s dynamic and they apparently do a fantastic job during the auditions. Creator Mark Burnett says, “I don’t think you really know Usher and Shakira,” he said. “Over the next three or four months, you get to know them as people.”

Here’s a bit about the season premiere: In the season premiere, the “blind auditions” are held in front of a celebrity panel of coaches including, Adam Levine, Blake Shelton, Shakira and Usher.  The strongest vocalists from across the country compete to be selected by one of the coaches and fight for a chance to win the title of being named “The Voice.” Christina Milian (“Be Cool”) serves as Social Media Correspondent and Carson Daly hosts.

What do you think about this upcoming season of The Voice? Will you be heading to the TV to tune in? Let us know in the comments below! If You Want More Hot Celeb Dirty Laundry News Then Please Like Us On Facebook and Follow Us On Twitter!