The Walking Dead Season 3 Episode 9 “The Suicide King” Sneak Peek and Preview: Rick to Fall off Throne of Leadership?

BY Nicholas Sanford on January 23, 2013 | Comments: one comment
Related : The Walking Dead, TV 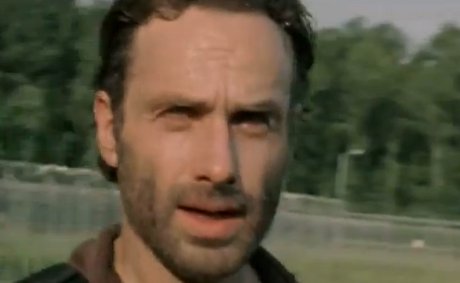 The Walking Dead will be returning soon enough, and the newest trailer promises lots of drama and undead roamers — AKA zombies! What more is there to love? The first part of the season shaped up to be quite intense, with the Governor and all, and we can only expect this high level of craziness/epicness to develop further. Below you will find a few Walking Dead season 3 spoilers. Now, I know some of you diehard fans love the show and would go completely zombie-hunter on me if I didn’t warn you of the following previews and season spoilers. So there you go. Consider your zombie-lovin’ selves warned.

The Walking Dead Season 3 Episode 9 “The Suicide King” will air on February 10th and serve as a jumping off point for the rest of the season, which is sure to witness drastic change ups. Glen Mazzara promised that he would more than likely be killing off a character before he leaves his post as showrunner, and people and critics can’t help but wonder which character will be eaten and done with for goodsies.

In the beginning of the promo trailer, the narration begins with what we all know to be true: “There’s no government, no hospitals, no police. It’s all gone.” We know it’s all gone! It’s been gone for a while. Please don’t tell me it’s taken nearly 3 seasons for the zombie apocalypse to “sink in.” Yikes.

In this episode, Rick’s son will say, “Maybe it’s time to stop.” “Stop what?” Rick says in return. “[Stop] being the leader,” replies his son. Hmm, very very interesting if I do say so myself. Will the end of season 3 finally be where Rick falls off his throne of leadership and is forced to take a backseat position?

There are going to be major power struggles in this upcoming episode, and positions that have long been established in this new order of things just might falter from their seats of power.

War is also on the horizon, and it’s definitely not going to be pretty and/or delicate. The Governor is coming to the prison, and the prisoners state: if he wants a war he’s going to get a war. Bold statements will be made. Let’s just hope our favorite band of survivors will be able to live up to their lofty statements. Will our friends in the prison be able to bring enough to the table to thwart the impending and inevitable attacks? What will happen to Rick?