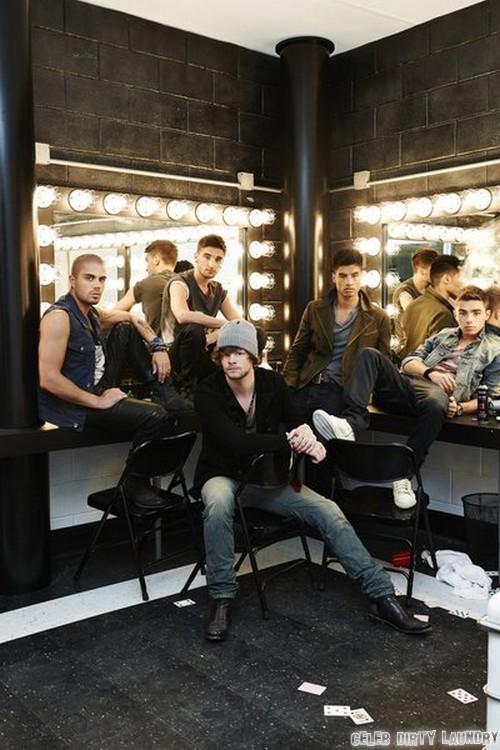 Tonight on E! their new musical reality show THE WANTED LIFE continues with an all new episode called, “Obama Like A Pop Star.”  On tonight’s show The guys get the opportunity of a lifetime to perform for the First Family at the White House.  Did you watch last week’s premiere episode?  We did and we recapped it here for you.

On last week’s second episode tensions among the band came to a head when they get into a heated argument over an upcoming fan event.  Nathan’s medical issues had an unexpected impact on the band’s future.

On tonight’s show we see the boys at Scooter Braun’s office when they receive the news that they’ve been booked to perform for the President and his family. Of course, they go into hysterics and start screaming and jumping, before admitting that they already knew.  They also reveal their desire to meet the family’s dog, which seems to take Scooter by surprise. However, a fight starts to form when Nano suggests that Jay see a vocal coach. Of course, this hurts Jay’s self-esteem, and you can tell that there will be a lot of underlying tension throughout the episode thanks to Nano’s comment.

Tonight’s episode 4 of The Wanted Life airs tonight at 10PM on E!  We will be covering the show and bring you all the details of the shenanigans of Max, Siva, Jay, Tom and Nathan, so don’t forget to tune in.  While you wait for the recap, hit the comments and let us know how excited you are about getting a birds eye view of The Wanted!

Tonight’s episode of The Wanted Life begins with the guys finding out that they’ll be performing at The White House. There are 35,000 people that will be there and Nathan can’t sing. They need to practice like crazy because it has to be perfect but Max’s attention is elsewhere. He wants to break into acting.

Jay is mortified when he is straight up informed that he needs a vocal coach. He thinks it should have been done a bit more tactfully and not in front of the guys. Tom tells him that he has been there and is the member of the group that decides to really support Jay.

They guys are thrilled to be in the capital of the U.S. And realize what a privilege it is to share. They wait in the White House library until Michelle Obama finally saunters through the door. She brings her dog with her and we spend 4 minutes watching Max trying to get the dog to plays paws with him.

Tonight’s episode wraps up with Max nervously waiting for his turn to read for an audition. He forgot to bring his head shot  and his resume. They want him to do an American accent but doesn’t quite succeed there. When he reads with his own normal accent they think it was more sincere. Tune in next week to watch The Wanted’s video shoot run amok.