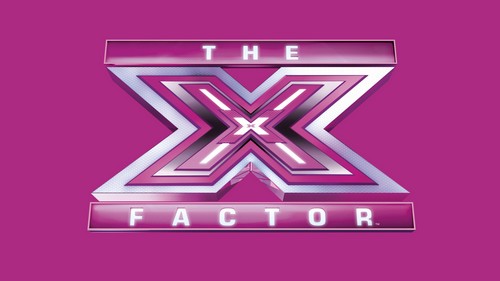 Tonight THE X FACTOR USA returns to FOX after a three week hiatus with a whole new episode. On tonight’s show the top 16 acts will perform live for the first time. Did you watch the last episode before the hiatus? We did and we have a full and detailed recap right here, for you.

On the last episode it was the final of the Four-Chair Challenge round and the top 16 were revealed.  They are comprised of: The Over 25′s: Rachel Potter, Jeff Gutt, Lillie McCloud, James Kenney; The Boys: Carlito Olivero, Carlos Guevara, Tim Olstad, Josh Levi; The Girls: Rion Paige, Danie Geimer, Khaya Cohen, Ellona Santiago and The Groups: Alex & Sierra, Roxxy Montana, Sweet Suspense, Restless Road.

On tonight’s show the Top 16 acts will perform live for the first time and viewers can support their favorite acts by using the special hashtags. During the broadcast, fans will be asked: “Which Boy has The X Factor?”; “Which Girl has The X Factor?”; “Which of the Over 25s has The X Factor?”; and “Which Group has The X Factor?”  As acts perform, watch the poll rankings shift in real time as at-home viewers root for their favorite acts. The poll results then will appear on-screen during the judges’ comments, perhaps even influencing the judges as they see which acts America thinks should get a spot in the Top 12. Following the performances, each judge must choose three of his/her four acts to move forward in the competition, leaving one act from each category to be eliminated as this season’s Top 12 Finalists are revealed.

Tonight’s show is going to be an exciting one, which I am not going to miss and neither should you. So be sure to tune in for our live coverage of FOX’s The X Factor USA Season 3 The Top 16 Perform– tonight at 8PM EST! Celeb Dirty Laundry is your go to place for all the up-to-date The X Factor News!

We take a look at Demi Lovato with her four girls; she believes she has the strongest category this season. She tells them that she has to send one of them home and that they have to be focused because they are now performing live; she tells them the mistakes they are making in their performances and is discovering the flaws in each girls singing.

First up for the girls is Ellona Santiago Kelly says she is so happy that she opened up the show and was so impress with how she was dancing and singing at the same time; Paulina says it was the best opening for the live shows and said she loved it from beginning to end. Simon says that he was glad in believing in her because he knows that she is prepared to win it and would keep her without a doubt; Demi says she kicked butt and was glad on how she worked it.

Second up for the girls is Danie Geimer Kelly says that she personally felt that she was expecting more from her; Simon says that she had real moments but felt she was very boring with the song and doesn’t feel that she has the X Factor. Demi says she believes in her so much but her performance lacked a lot of energy, but her vocals were good.

Third up for the girls is Rion Page Paulina loves the performance and could really feel her courage, Simon then asks if Demi chose the song but she actually picked it herself and Simon thought it was a great choice. Demi says she is so proud of her loving how she used her emotions to engage the audience.

Last for the girls is Khaya Cohen Kelly says she loved her performance and didn’t want to see her move too much though thinking she looked uncomfortable. Simon says she has the most commercial voice of all the girls but the only issue is if people will like her, Simon thinks she seems like she looks a little nervous. Demi agrees that she has great vocals but believes she has to be more of herself on stage.

It’s now time to see which girl will be leaving the competition tonight; Demi decides that the first girl moving on to her top three is Ellona. The second girl going into her top three is Rion Page; the last girl joining Demi’s top three is Khaya. Danie Geimer is going home and officially out of the competition; Demi feels beyond excited and is sad to have let Danie go but is still excited to continue with her three remaining girls.

Next up is Paulina and her boys and she invited them to a studio so that they could focus more on their voice; all the boys are nervous but they want to prove that they have what it takes to win. Paulina tells each boy what flaws they have and how they can work through them to better themselves as performers.

First up for the boys is Josh Levi, Demi says that when she sees him perform and acts out with the fans she sees a lot of potential but she felt he was a little uncomfortable but thought the song choice was bad. Simon believed the first part was boring but the second part got much better; he gives it a 6 out of 10. Paulina says she believes in his talent but feels the song was probably a bad choice.

Second up for the boys Carlos Guevara, Kelly absolutely loves his spirit and can tell he has been practising and felt he caught a little peachy at time and wants him to be better at that. Simon says that he wasn’t expecting him to be as good as he was, when it started he felt it was awkward but then it got much better. Demi says that he’s so likeable but at some points she had trouble hearing his vocals but loved what she heard anyways. Paulina says that his courage and he delivers amazingly; she really likes him.

Third up for the boys is Carlito Olivero, Demi believes he has a spot in the market and his Latino aspect is really good; she is very impressed. Simon says again he had slight issues with him moving on and believed that he would sign him to his record label without a doubt with the performance. Paulina says that is what music is about; she already felt like dancing and agrees with Simon completely.

Last up for the boys is Tim Olstad, Kelly says that he has a killer voice and loved his spirit in that performance. Simon felt that he went to a party and then to a funeral; it was no doubt about it that he has a good voice but wasn’t a big fan of the song. Demi says that he has a great voice but agrees with Simon but has no idea what to do with his energy that went down.

The next category coming is Kelly with her over 25’s, she had her team meet at a gym; she had them running on the treadmills and sing. She had them do exercise and is really proud of her category; she is very worried about having to eliminate someone.

First up from the over 25’s is Lillie McCloud, Paulina says she really likes her and that her performance was amazing; she truly sees her as a winner. Simon says that she is one heck of a singer but thinks she has to be less theatrical, he wants to hear her more raw. Kelly says that she is absolutely incredible and that she is the best vocalist here.

Second up from the over 25’s is Jeff Gutt, Demi says he brings something that no one else has; she loves his voice so much. Simon says that it was bloody brilliant, he has a great voice and thought that he gave and amazing performance. Kelly says that he did a great job and made her so proud.

Third up for the over 25’s is Rachel Potter, Paulina loves her original tone in her voice. Simon says that last time she sang it was horrible, but he really does believe that the song was perfect for her and believed she was better than Lillie. Kelly says she is a delight to work with and is proud of her.

Last up for the over 25’s is James Kenney, Demi says that she has no idea what Kelly is going to do; all four have been amazing. Simon says he agrees; he believes he did a really good performance that will be tough to choose. Paulina really enjoyed it and felt it was amazing. Kelly says that she has no idea what she is going to do, she is so happy to have worked with all of these great artists; she is so confused after James giving a great performance as well.

The last category of the night is Simon with his groups; Simon took his groups to his home in Beverly Hills. He basically wants to get to know them very well and believes nothing is better than inviting someone to your own house; he trained them in his back yard.

The first group up is Roxxy Montana, Kelly says she was not expecting that at all; she thinks they look great and sound great but felt at points the harmonies could have been better. Paulina says they are coming out of their shell and that they are growing, she feels they are spectacular. Simon says that they really made him proud and that it was a good performance.

The second groups up is Sweet Suspense, Demi says they are absolute stars and that it was amazing. Simon says that it was exactly what he wanted from a pop group and is so impressed.

The third group up is Alex and Sierra, Paulina says that they make her so happy when they sing and believes there is a market for them. Kelly really likes them and wanted it to be sexier; Simon says that he felt it was an amazing performance and loved their chemistry.