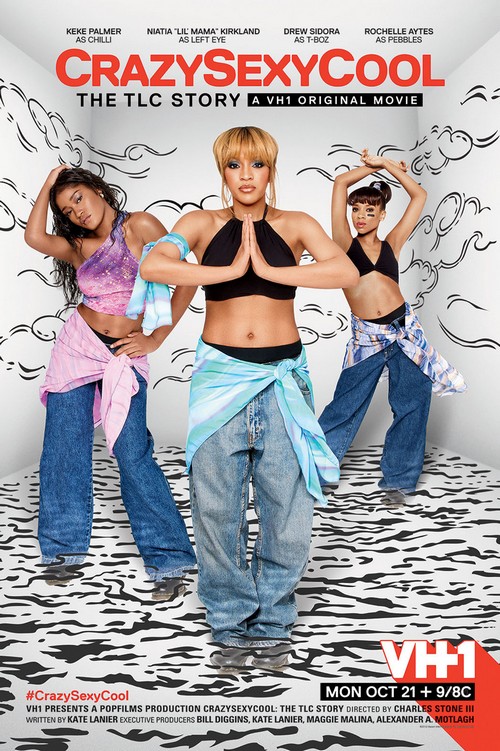 Tionne ‘T-Boz’ Watkins and Rozonda ‘Chilli’ Thompson explained how the founder of their group and former manager, Pebbles, was one of the central parts of their history and will feature heavily in the biopic film. Both Tionne and Rozonda explained that Pebbles was integral in causing friction between the group, trying to constantly turn one girl against another. By the time they realized what Pebbles was trying to do, they were broke and filing for bankruptcy.

They explained how they were all too wrapped up in their own problems to notice that Lisa ‘Left Eye’ Lopes had turned to alcohol to soothe her problems. Eventually, it became too much, and Left Eye ended up dying. Tionne and Rozonda explain that even though they try not to blame themselves for her death, it’s difficult not to – although they do blame Pebbles more for taking advantage of them.

It’s kind of scary, isn’t it? That the group who managed to sell ten million copies of CrazySexyCool would end up bankrupt and in such dire straits? Of course, it was poor management combined with a lack of clear focus, and it all came crashing down. However, both Tionne and Rozonda seem intent on re-establishing their brand, and if you want to how know screwed up Hollywood is, look no further than the fact that Tionne and Rozonda are re-signing with LA Reid, the guy who made them go bankrupt to begin with. Hypocrisy at its best.