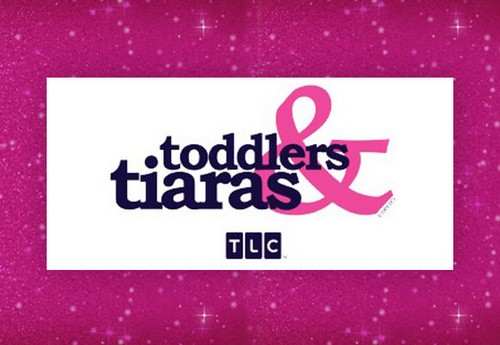 On last week’s show we met Jersie, 6, Ashley, 6 and rivals Gracie, 7 and Faithlyn, 9 as they all competed for the crown at the Southern Elite: Cirque Pageant in Lexington, Kentucky.  At the crowning.  Ashley and Jersie were in the same category.  The Duchess is Jersie.  Not bad for her first pageant.  Ashley wins Queen.  Gracie and Faithlyn are next.  Gracie wins Queen.  Grand Supreme goes to Faithlyn.  Her attitude alone should disqualify her and her coach. Gracie was the bigger person and congratulated Faithlyn.

On tonight’s show the derby goes full glitz at the IFF Pageant in Lexington, Kentucky with contestants Kendyl, 18 months, Jozy, 3 and Alanna, 6.

Tonight’s episode is sure to be filled with the usual Toddlers & Tiara drama, which you won’t want to miss. So be sure to tune in for our live coverage of TLC’s Toddlers & Tiaras – tonight at 9PM EST!  While you wait for the recap, hit the comments and let us know how much you are enjoying this season of Toddlers & Tiaras?

Recap: Michael Booth is the Director of Kentucky Fresh Faces and this year they are celebrating fresh faces in honor of the Kentucky Derby.

Leitchfield, Kentucky finds Kendyl, she is 18 months and her mother, Jessica, is getting her ready for the pageant. Kendyl can be sweet, but according to her mom she has mean streaks.

Mobile, Alabama finds Alanna, she is 6 and her mom, Yolonda and dad, Jeffery are practicing with her. Alanna has won about fifteen thousand and with that, a big ego, she calls herself “Sasha Fierce”.

Williamsburg, Kentucky finds the next contestant, her name is Jozy who is 3 and seems to get a lot of timeouts from her mom Charlotte. Josie has been doing pageants for three years  Her father, David, is a hardcore pageant dad.

Kendyl and her mom are heading outside the house with a friend for more practice time and they are using a bribing strategy to get her to cooperate, but there seems to be more tantrums than practicing. Also, little Kendyl loves to slap mommy in the face.

Jozy is at the department store with her mom for a practice makeup run because this will be her first full glitz pageant. Jozy doesn’t like eye liner, which is presenting a big problem for her mom.

Kendyl is getting spray tanned, her dad is applying it with an aerosol can and Kendyl keeps coughing. Her mom doesn’t see a problem with the tanning, she doesn’t think it is harmful, she actually thinks it works as a moisturizer.

Alanna is shopping for a beauty dress and her mom buys extra so that she is not wearing the same color as everyone else. Her poor dad has to pay the bill and he is shocked at the amount, but the clerk assures him that you can’t put a price on beauty.

Kendyl’s mom and dad are looking at her dress and they are both upset that it doesn’t fit well for $500.o0. The parents trade the dress with a friend and the day is saved for Kendyl who still gets a new dress.

It is time for the pageant, all the girls are getting ready. Kendyl is the first out of the three girls to perform and she does very well with her mothers help on stage, she is full of smiles and looked very happy to be there. Jozy is next and she looks very pretty in pink but is not looking straight ahead and lacks overall interest in being on stage. Alanna is running a little late as her mother had the wrong key for their hotel room which caused them some delay. Alanna didn’t have any time to practice, but she rocked it out – the judges thought she had a force smile and that she looked stiff – are they serious?

Kendyl then makes a second appearance in her “Derby wear” and she is less enthusiastic than the first time. Jozy is up and she stumbles a little still looks uncomfortable on stage, her big hat covers up half of her face. Alanna is back and she is very pretty again in a perfect Derby outfit and her hat doesn’t cover her face – this time the judges found she was much more relaxed.