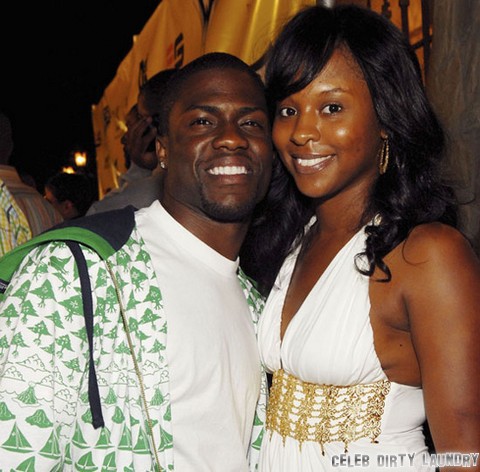 Kevin Hart is the star of Real Husbands of Hollywood which makes satire out of the fishbowl celebrities swim in, but in real life, his ex claims that the funny man’s treatment of her has been no laughing matter.

Torrei Hart released a statement after details of her divorce settlement became public and opinions formed without taking into account her side of the story. It was revealed that the comic would be paying $19,785 a month in child support their two kids Heaven and Hendrix but instead she received but a pittance compared to his $9 million fortune. TMZ reported that she will get $175,000 after almost 8 years of marriage.

There may have been an iron clad prenup involved but many believed she deserved more and better.

“I could go into detail about extra-marital affairs, and other problems that many American couples have, but I won’t. I’ve lived the Diary of a Mad Black Woman… almost scene by scene, and I am happily moving on with my life. As a woman, I respect the privacy of our union together, but I am disheartened by the way things have turned out,” the ex-Mrs. Hart said.

In the April 2013 edition of Ebony, Hart admitted to his failings as a husband.

“When I was married, I definitely went through a lying period,” he said. “I just turned into a liar, but you learn from your mistakes. Being that guy once upon a time has helped me develop into the man I am now, and I approach relationships in a completely different manner.”

Torrei is also ready to rebrand herself as an independent woman who can support herself.

“I will continue to be a loving and supportive mother. I am unapologetic and I am pressing forth with my career full-throttle. I never wanted to sit back and be the house-wife that Kevin wanted me to be, so I’m excited about working hard and getting my own,” she said.

Torrei wants to be a role model for other women who have come through the other side of divorce, especially those who have been wed to a powerful spouse. There is a life after that she is ready to show. “Women are too often defined by the pocket-size of their ‘pocket-sized’ husbands, and we need more positive role-models that show as women we can work and hold our own.”