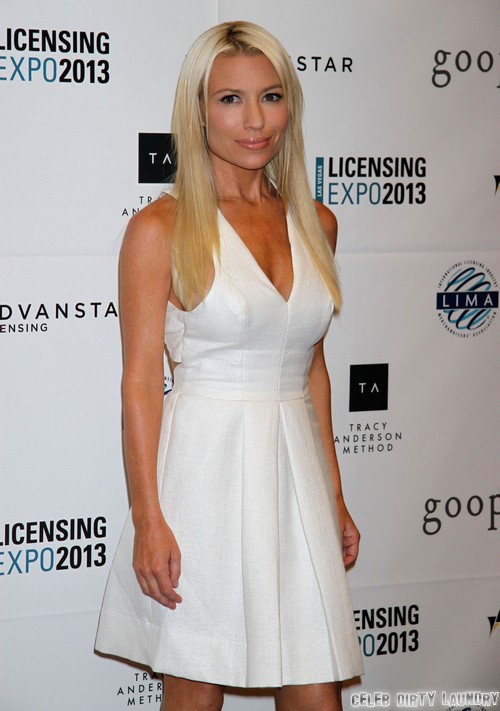 Famous celebrity trainer Tracy Anderson has separated from her husband Matt Mogol. Tracy and Matt married in 2011 and welcomed their first daughter in 2012, but are now splitting up a year later.

Anderson’s rep issued a statement to US Weekly, saying, “It’s with great sadness that Tracy has confirmed the separation between herself and her husband, Matt. The well-being of the daughter that they share, as well as her son, will always remain Tracy’s first priority. We appreciate the respect of Tracy and her family’s privacy during this immensely heartbreaking and painful time.”

Well, that’s certainly a change of pace from ‘It’s amicable’ or ‘They will remain friends’. This doesn’t seem like it was an ‘amicable’ breakup judging from the rep’s use of words ‘immensely heartbreaking’ and ‘painful’. Could there have been cheating involved? This is pure speculation but whenever we get so used to seeing publicist speak, anything worded differently immediately sets off alarm bells. 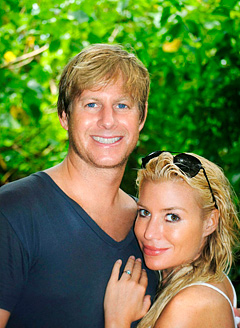 Tracy is obviously not a huge celebrity herself, but she is very well known for training the likes of Gwyneth Paltrow, Julianne Hough, Sienna Miller, Jennifer Lopez, Victoria Beckham, and formerly Madonna. She has been opening up more fitness centers in Los Angeles, and in the face of professional success, it’s unfortunate that she has to deal with personal heartbreak. And again, this definitely looks like heartbreak, not two people agreeing that things aren’t working out and splitting ‘amicably’.

What do you guys think of Tracy’s split with her husband? What do you think it was caused by, and do you agree that the rep’s statement was definitely worded differently? Let us know your thoughts in the comments. 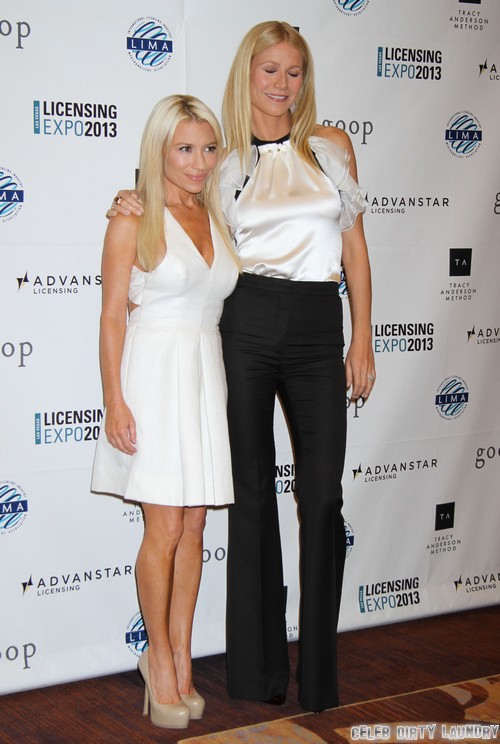