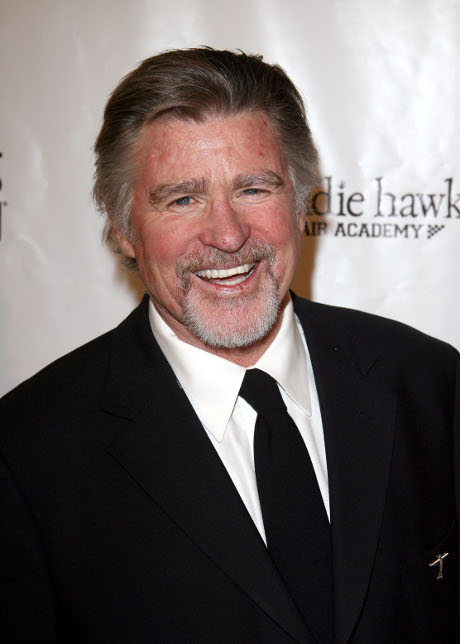 CDL had the wonderful opportunity to interview White Collar star Treat Williams, and let’s just say we got a whole bunch of juicy bits regarding the upcoming season as well as an in depth look into Treat’s character, Sam Phelps. Treat, who got his start performing in classical and contemporary dramas, brings a certain dynamic to the show that we simply can’t get enough of.

In the mid-season premiere, we saw Peter and Neal attempt to find the truth behind Neal’s father’s crime. In doing so, Neal had to go undercover into the world of counterfeit whiskey — to take down a high level member of the Irish Mob! No big deal, really.

We hope you’re loving this season of White Collar. Continue reading for the in-depth and revealing interview with Treat Williams!

Let me ask you in what ways would you say you are most like and least like your character from the show?

Well before I answer that first question I’m going to indulge myself and just tell everybody thank you so much for coming on.

And if I sound a little phlegmy I just came down with the flu. And I think – I feel like I was – a small gremlin got into my room last night and (dinged) me with a baseball bat. But I’m very happy to be here and thrilled that I can talk about the show.

In answer to your question, you know, I watched the episode last night again and I think that, you know, one of the things that’s very different between he and I is that he is troubled in the sense that he’s spending time with this kid who is this love of his life though he was 5-years-old and was torn away from him by circumstances that he started.

But nonetheless – and I can see. It was interesting. I said, “This guy’s in a lot of pain. This guy’s having to keep it a secret that this is his long-lost son. But on the other hand he gets to be with him.”

But I think that’s the greatest difference between us, is that not too much bothers me.

What keeps challenging you about playing this character?

Eight-page monologues explaining my entire history with him. There’s a lot of long walks on country roads in Vermont let me tell you.

Will we see you on more than just the season opener and if you could tell us how many episodes?

As you filmed each episode were you aware of what was in store for your character’s story line?

No I was not. And I finally – it was frustrating at first and I finally after reading the first deal I said, “Look these guys are such good writers I’m just going to go with the flow on this.”

And, you know, I was as excited as anybody to get the next script and find out. I didn’t even know until two or three episodes in whether I was going to end up being villainous or a good guy or, you know.

So it was fun. It was fun to kind of just get a script and go, “Oh okay. This is where we’re going this week.”

So that was actually – you know, once I let go of trying to control it, you know, I – actors really want to know what their background is and where they’re heading and what the character’s going to do. And I finally just said, “I’m just going to let Jeff write these wonderful scripts and launch as soon as I get them.”

So many of your fans know you from your TV background. But you also have a strong background in musical theater. And I was wondering if you have any plans to ever come to Broadway?

Very much so. I’ve actually sort of started the process. I moved back East, living in Vermont now. And this summer I’m going to be doing the Lion in Winter with the (Recher Theatre) Group. So I’m already sort of starting the process of working my way back into theater.

You know, what I did over without and – we were out in Park City, Utah. After four years when the show ended we just wanted to continue our kids. They were right in the midst of grade school, middle school. And my daughter was, you know, in Kindergarten.

We just thought it was a good idea to stay and we liked it there. And, you know, our kids were really settled in school.

But now that we’re back I’m much more – I’ve been talking to people and going back and forth in New York starting to think about what I want to do. And this is the first – the first play I will do is Lion in Winter. So I’m very excited about that.

I’ve watched Hair about 30 times and I always cry.

I – you know, I want you to know that last night when I saw this list I went directly to the washing machine and cleaned all my clothes because I saw Celebrity Laundry and I didn’t know where we were going with that, so.

What would you still like to achieve in your career?

That’s a very good question. You know, somebody asked me last year in an interview if I would ever retire. And I said, “You know, I would really like to retire eventually from working for money.”

And I think that the goal is to really do those things that excite you and you’re passionate about. And, you know, there’s a period in time when your kids are in school and, you know, the bills need to be paid.

But I’d like to get to the point where – and then I’m – we’re heading much more and more in that direction where the work I do is the work I do because out of a great passion for it. And that’s where it seems to be heading with this play in the summer.

What initially drew you to the role of Sam Phelps?

When I saw the show I loved it. I thought the show had such a beautiful look. And being a New Yorker for 33 years, you know, there’s a quality that Jeff Eastin seems to love Woody Allen – love New York like Woody Allen does. It’s just – there’s so much of the city as a character.

But I also – you know, those – there – it was a variety of things. Tim Dekay and I are old friends. Tim starred with me on Everwood the first season. I thought Matt was astonishingly good in the show. I loved, you know, the quality of the work in it.

And I don’t think it’s too often you get to play a character who is mysterious. And no one seems to know who he is or what’s his next move. And that’s always fun too. He’s not just the dad. He’s – we don’t even know if he’s the dad which is fun.

So I think it’s mostly the mystery and the quality of the show. And I’m – I haven’t played a cop in a long time since Prince of the City. And I thought that would be a lot of fun to kind of come full circle.

What’s it like having Matt Bomer play your son?

Easy. I mean, I adore him. He has – he’s a lot of fun on set. He takes the work very seriously and himself not so seriously.

He is (honorable) and humble and funny and a lot of the attributes that my son has. And I would be proud if he were my son. I just – it’s just one of those things where he just – it was very, very easy. You know, I just adore him. I can’t speak enough about him.

And whatever success he gets during the show and afterwards he deserves whole-heartedly. I don’t know an actor who works as hard as Matt does.

Can you tell us a little bit about what you have coming out?

Yes let’s see. I did one with Asylum that was sort of a – called a (gorilla) version of a Steven Spielberg film (unintelligible) dinosaurs coming to life and attacking Los Angeles which was really fun and kind of silly.

I did a film called Barefoot. And that was with Scott Speedman and Evan Rachel Wood, a comedy which should be out this summer. Let’s see. And then of course I just mentioned I’m on those other two series. So that’s plenty. That’s what I can remember.

Don’t forget to watch White Collar on the USA Network Tuesdays at 10/9c! Let us know in the comments section below how you think the back half of season 4 is shaping out to be.