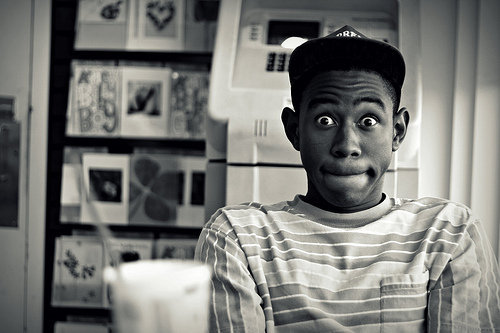 I’ve said it before and I’ll say it again: Twitter needs better regulation. Tweets threatening to rape and murder someone are considered okay, but tweets showing naked pictures are not? What kind of messed up rules are those?

To give an example of how badly Twitter users can be traumatized without proper regulation, we use an example of US rapper Tyler Okonma – Tyler the Creator and a student activist in Sydney. Because Tyler’s lyrics contained messages about rape and violence, the student decided to remark on them. But no, Tyler couldn’t let things be. He decided to gather up his army of Twitter followers, and ask each and every one of them to attack this woman on Twitter, and with brutal messages.

Twitter has finally announced that they will be rolling out a report abuse button for users, but really, how often will they keep up on it? The fact that You Tube has better regulation than Twitter is a travesty, and it’s not surprising that the amount of online bullying has increased tenfold since Twitter came to fruition.

Here are some lyrics of Tyler’s:

“You call this sh**t rape but I think that rape’s fun, I just got one request, stop breathin”

“I wanna tie her body up and throw her in my basement, Keep her there, so nobody can wonder where her face went, (Tyler, what you doin’?) Shut the f— up, You gon’ f—in’ love me bi**h, Shit, I don’t give a f—, your family lookin’ for you, wish ‘em good luck, Bitch, you tried to play me like a dummy, Now you stuck up in my motherf—in’ basement all bloody, And I’m f—in’ your dead body, your coochie all cummy, Lookin’ in your dead eyes, what the f— you want from me?”

Please sign the petition at Change.Org to get Twitter to adopt a zero tolerance policy for these types of threats and abuse. There’s no telling how many lives this could affect.