BY Annemarie LeBlanc on August 12, 2013 | Comments: 2 comments
Related : Recap, Television, Under The Dome 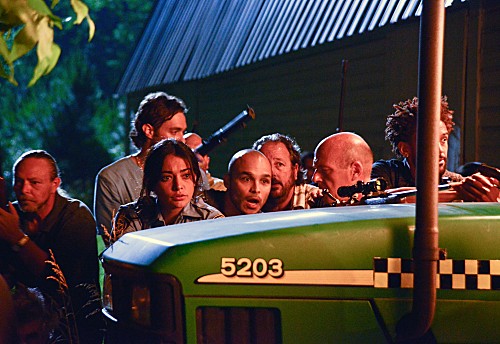 Tonight on CBS their new drama UNDER THE DOME continues with its eighth episode called, “Thicker Than Water.” On this week’s episode Julia learns firsthand the powers of the “mini dome. Did you watch last week’s episode? If you want to get caught up and missed it, we watched and we recapped it here for you.

On last week’s show Big Jim took matters into his own hands when he felt his authority slipping away, and the dome displayed its power when a life was taken just as a newborn arrived.

On tonight’s show Junior stands up to his father and is shattered when he discovers the truth about his mother’s past. Meanwhile, Julia learns firsthand the powers of the “mini dome.”  Big Jim has a lot to contend with when the dome under the dome is now in Chester’s Mill and things are about to change. A family reunion might turn deadly when secrets are revealed between Big Jim and Junior. Junior reacts to his father kicking him out of the house because he is sick and has problems. Junior’s mother comes into play in the next few episodes as well and have a lot to do with the family secret.

This is definitely one series that you will not want to miss this summer. Don’t forget to stay tuned to Celeb Dirty Laundry where we will be live blogging every episode all summer long. Under the Dome Episode 8 “Thicker Than Water” airs tonight at 10PM on CBS.