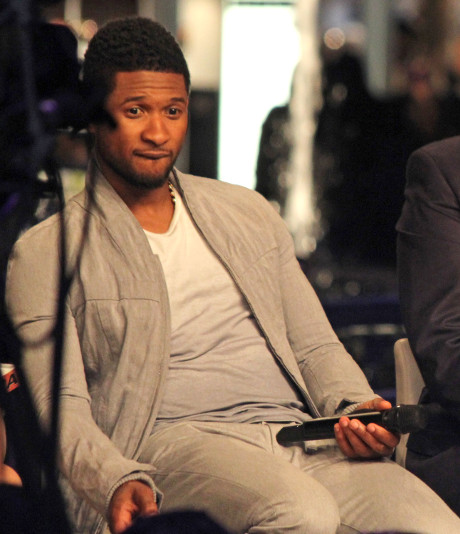 Usher‘s son, Usher Raymond V, was rushed to the hospital after a potentially fatal accident in the famous performer’s pool on Monday. The accident supposedly happened around 6PM last night and, after being rescued from the pool by two house workers, the boy was given immediate CPR and rushed to ICU. Usher wasn’t home at the time, but he came straight home in time to ride to the hospital with his 5-year-old son.

According to TMZ, who reports on the story: The child was playing in the pool with his aunt and saw a toy in the drain.  He dove down to get the toy and his arm got stuck in the drain.  The aunt immediately dove in to rescue him but couldn’t get his hand out.  The maid then dove in and tried but was also unsuccessful.

The maid screamed for help.  Two men working in the house came out, dove in and freed the boy.  He was given CPR immediately and rushed to the hospital.  Usher arrived and drove in the ambulance with his son.

Doctors have been running a series of tests on the young boy, but medical professionals say he will be okay and recover. Sources say that Usher and his ex-wife Tameka Raymond are currently standing by their son at the hospital. Again, he’s expected to make a full recovery, but we’ll let you know if this story takes any drastic turns.