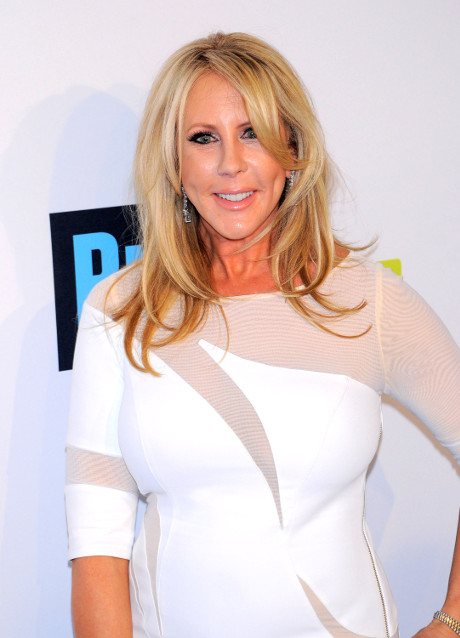 Real Housewives of Orange County star Vicki Gunvalson and Brooks Ayers have found themselves in a potentially scandalous situation, and it involves *gasp!* killers for hire. NBD. The alleged plot, reminiscent of a hardboiled mystery novel, has come to light after court documents filed in Vegas have surfaced. Ayers, who’s Vicki’s sometimes-on-sometimes-off boyfriend, has filed a lawsuit against one of Vicki’s ex-business partners, who supposedly went public with some allegations that Ayers hired someone to kill him. Ayers, obviously, doesn’t want those statements circulating about in the open; thus, the reason for his lawsuit.

“Ayers — the Bravolebrity’s on-again, off-again lover — has filed a slander and defamation lawsuit against Gunvalson’s ex-business partner, who he claims went public with false allegations that he’d uncovered evidence detailing how Ayers planned to have him killed.

“This is how the outrageous drama supposedly went down:

“That business associate, Robert Williamson III, who appeared on an episode of RHOOC this season, pressured Gunvalson into attending a hush-hush meeting at the Bellagio Hotel in Las Vegas in early March when she was in town for Ayers’ birthday, according to the lawsuit.”

As a result of all this crazysauce, Ayers is suing for damage, as he claims these allegations have vilified him within his community. He now wants some form of compensation for the stuff he’s had to put up with.

Sometimes we dream about Real Housewives world completely free of any drama . . . . But then we realize that that’s an impossible notion! What do you think about this OC drama time?