Who Got Voted Off Dancing With The Stars Tonight 9/30/13? 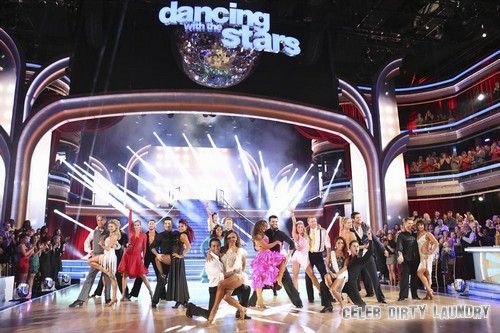 Tonight on ABC it’s the Dancing With The Stars second elimination of Season 17 and we will say goodbye to one contestant tonight. On tonight’s show the 11 contestants performed a dance style that they have not previously performed including the Quickstep, Foxtrot, Charleston, Cha Cha, Rumba, Paso Doble and Jive.. Did you watch the show? We did and we recapped it here for you. Did you miss any of the performances? We have all the videos here for your enjoyment.

After last week’s performance at the top of the leaderboard is Corbin Bleu & Karina Smirnoff with a 26/30 and at the bottom of the leaderboard is Bill Nye & Tyne Stecklein with a 17/30.  During last week’s performance Bill injured his knee badly during his Paso Doble.  He tweeted about the injury, “Working with a partially torn ligament,” he tweeted the next day. “Plan to be dancin’ next week. Stand by (or rather, ‘elevate your leg by…’).”

On tonight’s show one couple will be eliminated.  Your votes after Week 2 will be combined with the judges’ scores from Week 3 to determine who goes home at the end of Week 3. That means these dancers will have to bring it every week. If they had a bad week followed by a good week, the judges might be their saving grace. But a terrible performance might be enough to cancel out a solid performance the week prior.

Who do you think will be going home tonight? To check out the recap of tonight’s show and all the dances click here. We are predicting Bill Nye and Tyne Stecklein, but you never know!  Sound out in the comments below and let us know your thoughts!

We now begin tonight’s elimination; Christina and Mark, Brant and Peta, Bill N. and Tyne; are all in jeapardy. The rest are returning next week and are sent back stage. The next couple that is safe is Brant and Peta. One of the final two couples had the lowest scores, who is eliminated; on this third week of competition Bill N. and Tyne are leaving.

This is actually a blessing in disguise with Bill’s injury because he needs time to recuperate after his injury last week. Bill thanks all of his fans so much for keeping him on the show so much and says that it was a great experience.

See full video of the elimination part of the show below!