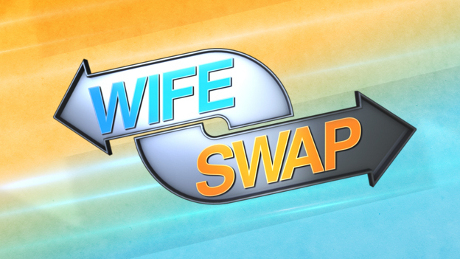 On Thursday, March 28th, ABC will be showing the new Wife Swap featuring Gina Loudon and Angela Envy where they’ll be forced to swap their very different lives and move in with families who just might not be ready for what’s in store. As many of you know, Wife Swap can get very intense, and I suspect the drama shared between these families is going to boil over to an extreme.

Gina Loudon is a Tea Party activist and conservative political pundit who lives in San Diego, California with her husband and five kids. Religion and politics play a vital role in their household and oftentimes come up in conversation. On the other end of the spectrum, there’s Angela Envy’s family: four children, one husband, and one girlfriend Angela and her husband share. Polyamorous relationship, anyone? As you can see, the claws will definitely come out during this episode and, for the first time in history, one of the families will go against the rules of the swap and refuse to tape the roundtable reflection segment!

Here’s a bit how the episode goes down (major spoilers), spoilers courtesy of ABC:

When Gina first arrives in Charleston, she meets Ashley and learns that she’ll be living with a polyamorous couple. With her conservative views and strong religious convictions, Gina finds the relationship “wrong” and is very uncomfortable with the situation. Tensions rise between Gina and Chris after he and Ashley take Gina out one night for drinks at a local bar. With the alcohol flowing, Gina begins to let her guard down and starts sharing her true feelings about the relationship between Chris, Angela and Ashley, as well as her stance on myriad controversial topics. The evening peaks Chris’ interest to look into Gina’s background – and what he finds prompts Chris to confront her, sparking an even larger confrontation.

Meanwhile, Angela meets her new family, but immediately feels judged by John when she reveals her relationship with Ashley to the family. As someone who does not discuss politics or religion at all, Angela finds the family’s strong conservative views upsetting. When it’s time for the rules to change, Angela decides to turn the tables by creating a political and religious free zone, but John breaks Angela’s rule and continues to share his disdain for her personal life, bringing Angela to tears.

Be sure to tune in next Thursday, March 28th for Wife Swap, which airs on ABC. What do you think about this show? Do you think it’s pointless? Or do you think it does a good job in helping people gather different people’s, different families’, perspectives? It definitely has its pros and cons; it’s an interesting social experiment, that’s for sure. If you had the opportunity to switch households, would you?