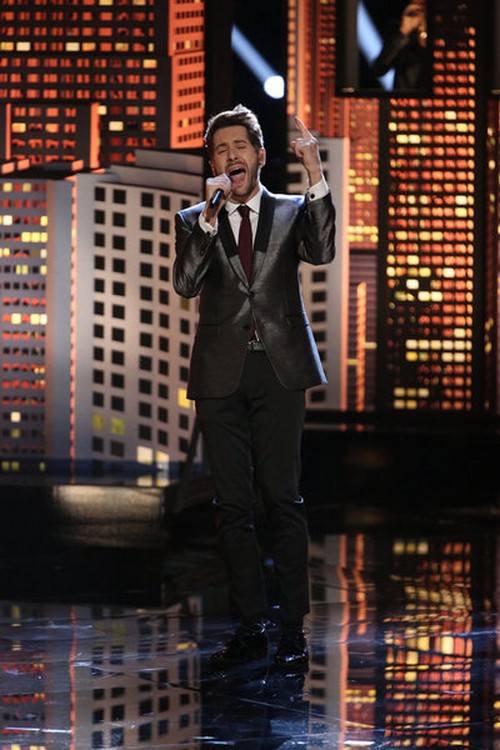 Will Champlin took the stage tonight on THE VOICE  for his Top 3 Final performance and his performance duo with Adam Levine. Will Champlin and coach Adam Levine sang “Tiny Dancer” by Elton John.  Tonight’s show the remaining artists from each coach, Christina Aguilera, Adam Levine, CeeLo Green and Blake Shelton team performed live for America’s vote and the chance to win the title of ‘The Voice.’

Will Champlin and is up next with his duet with Adam Levine; he loves how Will is such a musician and how he’s also a song writer.  Adam says that he never had parents like Will who were in music but his parents loved it a lot; he believes they come from the same cloth and that he’s looking forward to perform with him on stage. Don’t forget if you want Will to win the voice you have to vote for her.