Will Smith’s After Earth Labeled Scientology Propaganda, Can He Still Deny He’s A Scientologist?

BY Jeanne Adams on June 2, 2013 | Comments: one comment
Related : Scientology, Will Smith 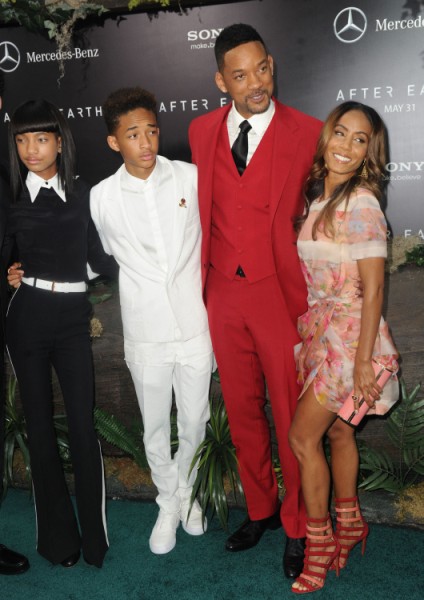 L. Ron Hubbard never does well at the box office. Will Smith thought he’d go the John Travolta route. No, I don’t mean he’s taken to enjoying “massage” rendez-vous with men in upscale spas (although Jada Pinkett-Smith’s open marriage comments aren’t helping anything). No I’m talking about the Will Smith/After Earth Scientolog controversy. By now you’ve probably heard the movie bombed this weekend with critics universally panning it. But did you know that many are condemning it as Scientology propaganda? Did Will Smith just make his Battlefield Earth?

As you’ll remember, Battlefield Earth was Travolta’s love letter to Scientology. It did horribly and I’ll forever think of him now with long nasty snakes coming out of his huge dome. I never bothered to watch it. I just got that mental pic from the stills. But John never wavered in his acknowledgment of being a Scientologist. He’s always embraced it regardless of how it made him look in Hollywood. Did Will just come out with this movie? Can he still deny he’s a Scientologist after all the little hints?

What hints? The Hollywood Reporter had guest columnist and former Scientologist, Marc Headley, review the movie and point out all the Scientology references. He found quite a bit. From the idea that fear is a choice to Will’s personality-less character to the climatic volcano scene at the end, Headley confirms the movie is spot-on Xenu loving. “The movie’s climax takes place on a volcano that could have been ripped right off the cover of Dianetics, the look is so similar. In Scientology, the volcano is a common thread through many different teachings. This image was used not only on the cover of Dianetics, but has also been used in many of Scientology’s TV ads over the years.”

So here’s the most important question – will this hurt Will Smith’s career. He hasn’t had many flops and this isn’t just a flop. This could be a Tom Cruise jumping on the couch moment. Tom, to his credit, talks Scientology but has never been dumb enough to make a movie about it. He keeps his movie persona separate from his religious one which is why people still see his movies. Will it be the same for Will? He refuses to acknowledge he’s Team L. Ron but he puts this crap out. Was he trying to introduce Scientology to the masses a la Travolta or is this just the case of a whole lot of coincidences? More importantly, has Mr. Fourth of July Blockbuster lost his touch with his audience over Scientology? Will Smith could recover but will he?