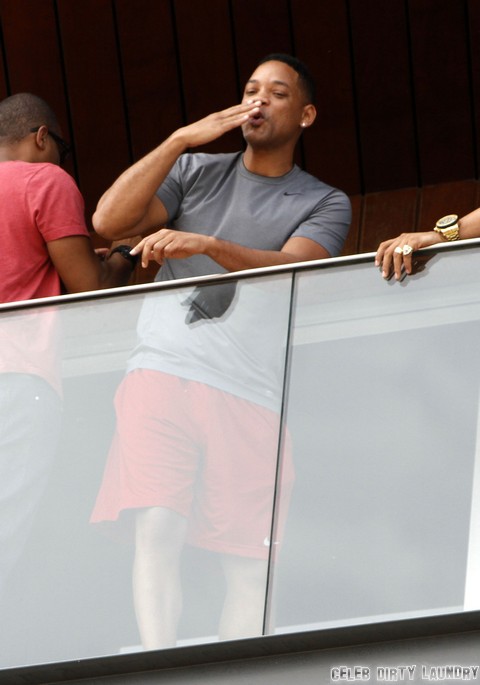 In his twenty year career Will Smith has always been an anti-drug advocate. The star was raised in a seedy part of Philadelphia and saw drug activity in his neighborhood on a daily basis. He knew how it destroyed families and lives and made it clear from the get-go that he wanted no part of that lifestyle. Some of his family members weren’t so lucky but in spite of whatever Will saw firsthand, he chose to steer clear. Back in 2006 he led an anti-drug march back in his hometown and proudly spoke out about never embracing that dark side.

Unfortunately it looks like his make-up artist sister, Ellen has been married to the dark side for nearly a decade. Dee Lawrence Downs had a long running criminal history before marrying Ellen back in 2004. He had been charged with weapons violations and harassment among other things. A felony drug possession charge put Dee behind bars back in 1992. He seemed to clean up his act while with Ellen but instead we’re now hearing that he had just moved on to bigger and better things.  According to Star Magazine, back in January he allegedly became involved in a deal with undercover agents that were posing as drug traffickers for a sale involving multiple kilos of cocaine, landing him in some serious trouble.

While Will and his immediate family are not directly involved, he’s said to be absolutely horrified to even be associated with Dee. He has worked hard to be respected in Hollywood and is said to be the tougher parent in his marriage to Jada Pinkett Smith. This isn’t a scandal that he needs or wants to be connected to. Do you think that Will is going to comment publicly in an attempt to separate himself from this mess or will he instead hope that it just goes away? Tell us your thoughts in the comments below.