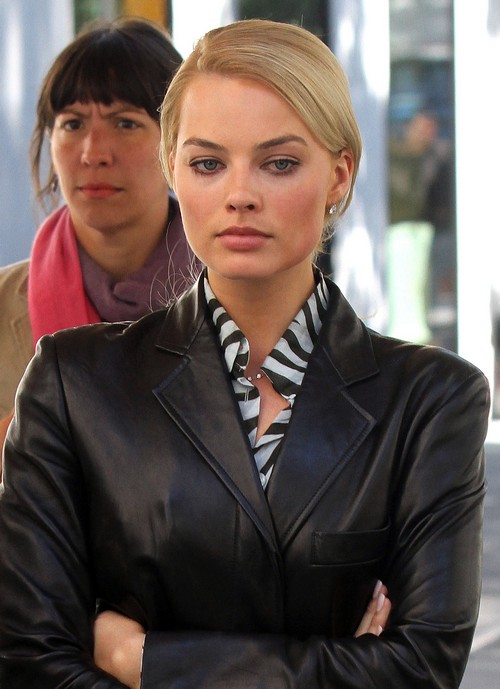 This nugget is sure to start the rumors swirling yet again about the status of Will Smith and Jada Pinkett Smith’s marriage. Apparently Will was partying in New Orleans with his Focus costar, Margot Robbie. The two were at a party and went into a photo booth to take some pics and what transpired behind the curtain certainly didn’t befit the actions of any married man. Star Magazine got their hands on the racy shots and one in particular raised serious eyebrows because Margot is exposing her lingerie while pressed up against Will’s naked chest.

The real question is what Jada’s reaction will be to her husband undressing with a 23-year old girl. Rumors have flown for years that the two have an open marriage, something that Jada seems to have tried to shoot down in long, rambling blog entries. There have also been divorce rumors circulating. Supposedly things got dicey a few years back and so Will and Jada started selling off property to make it easier to divide assets in divorce court if it should come to that.

They are rarely seen together nowadays and really do appear to live pretty separate lives for the most part. I suspect these photos might change Jada’s approach in dealing with things because even if they agreed to an open marriage I’m sure they didn’t plan on the press being able to prove it!  Perhaps they’ve opted to stay together for the sake of the kids but if that’s the case it looks like Will is about to have some explaining to do! Do you think that Will and Jada will now be fast tracking towards a divorce? Tell us your thoughts in the comments below!