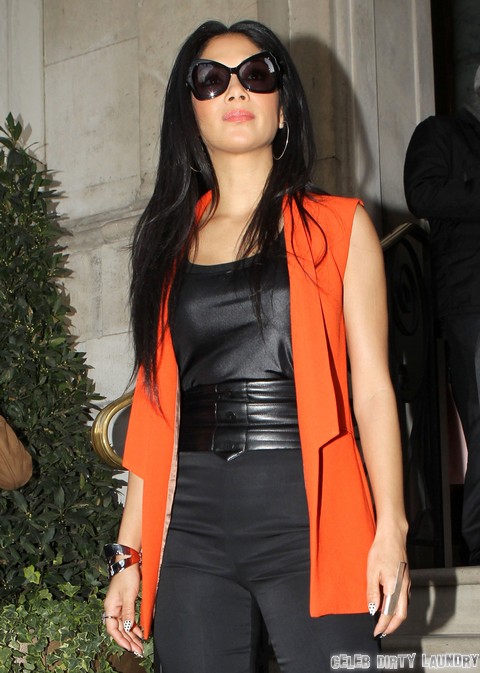 I know celebrities are excessively international, and that they are incapable of eating anything that isn’t prepared by a Michelin or James Beard chef, but can it really be coincidence that Will Smith and Nicole Scherzinger grabbed dinner at London’s Nobu on the same night? The stars were caught leaving the restaurant by paparazzi, though both have solid cover stories. We’ve heard that Will and Jada Pinkett Smith have been fighting—from everything about how to raise their kids to his secret gay persona—and wouldn’t be surprised to know that Will was being too flirty with other women!

MediaTakeOut published the photos, explaining that “Will Smith Was Spotted Leaving A RESTAURANT IN London . . . And Look Who Was SNEAKING OUT BEHIND HIM! (Jada . . . Don’t Come In Here BOO)”. Thanks to social media, we know that Will’s son Jaden Smith and apparent bestie nouveau Kylie Jenner tagged along for the sushi date. So is Will’s marriage in such a crisis mode that he can openly expose his son to the newest woman in his life? Isn’t there some sort of post-divorce etiquette about introducing children to new love interests?

Will and Nicole could have been enjoying a platonic dinner—the sort of you’re here? We’re here! Let’s grab a bite dinner that—even for us non-celebs—threatens established relationships. The we just randomly bumped into each other in Nobu, in London excuse seems pretty one dimensional. Do you think Will and Jada are about to call it quits, or were he and Nicole just enjoying a casual, guilt free rendezvous? More importantly: when will they face the music and maturely agree to go their separate ways? Body language, actions (sexy all-male parties in Rio de Janeiro), and rumors speak to a big divorce blow out, and it’s definitely best for the kids if they can divorce without a big scandal or screaming match! Are Will and Nicole an item?