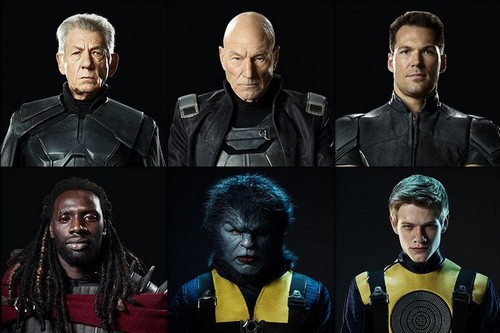 The first trailer for X-Men: Days of Future Past has gone online, and it’s packed with plenty of treats for X-Men fans. It’s primarily a character driven trailer, since director Bryan Singer noted that most of the visual effects shots haven’t been completed yet. But even without much action, the trailer is very compelling.

They made a smart decision in having Patrick Stewart narrate most of the trailer, and based on fan comments, this seems to be the same trailer that aired at Comic-Con this past summer, just with different music. We catch a glimpse of all the mutants, both from the original movies and First Class, as well as some of the newest introductions. The plot is clearly presented for the first time, even though we don’t get any glimpse of the Sentinels.

Basically, our present and the X-Men’s future is a dystopia where mutant-hunting machines called Sentinels are created. As mutants slowly battle the Sentinels and start dying out, Magneto and Professor X team up with Wolverine to send him back in time and stop this future from ever happening. As Professor X narrates in the trailer, getting Wolverine to travel back and convince the younger Professor and Magneto to help him won’t be so easy. After the events of First Class, everything is in disarray and the Professor is severely disillusioned with his life. Meanwhile, Magneto’s wreaking havoc as per usual. So how to get these two former friends to collaborate in saving the world? Well, we’ll have to wait until the movie to find out, but the trailer has done an adequate job of tweaking our interest.

What did you guys think of the trailer? Will you be watching the film when it comes out on May 23rd, 2014? Let us know your thoughts in the comments.