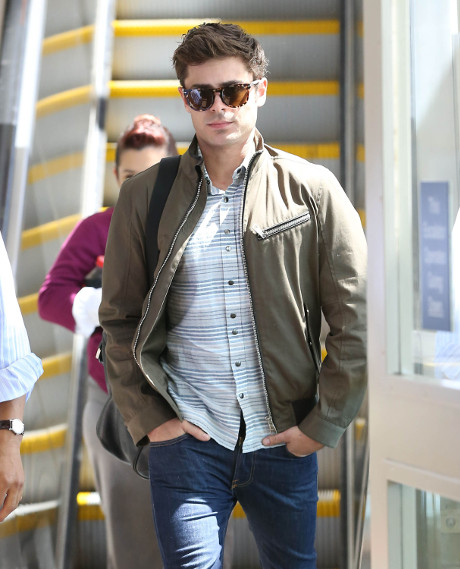 Does Zac Efron have an addiction to alcohol that nobody knows about? According to TMZ, it seems he might, as they report he successfully completed a stint in rehab five months ago while being treated for an unknown addiction — though most seem to believe it was for alcoholism.

TMZ reports: “It’s unclear why Efron entered treatment or what he was specifically treated for … but according to the report, which insinuated Zac was being treated for alcohol, he completed his stint roughly 5 months ago.  The former “High School Musical” star never really seemed like a rager … in fact, the last time we spotted him out at the bar scene was back in 2011.”

What do you make of these recent rumors attached to Zac? It’s actually quite surprising to us, as we never really pictured him as being a hardcore partier. In fact, rarely do the paparazzi catch him at bars, if ever. We’re glad Zac got that straightened out, and if the reports are true, it’s impressive the news was kept under wraps for so long. More Zac Efron news here.