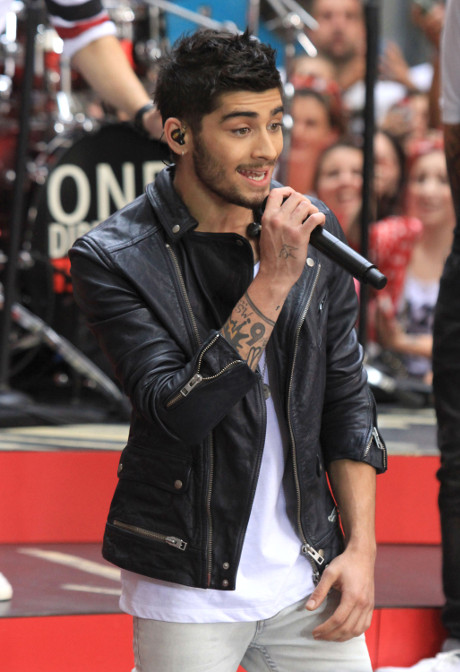 Zayn Malik’s engagement to Perrie Edwards has some fans up in arms. It’s normal to feel disappointed when your favorite celebrity gets married. It is a slim chance you would have a relationship with your crush, but it’s fun to think about. Most people just find another crush and life goes on. That’s not the case for some One Direction fans.

Directioners have taken their love for Zayn Malik to a dangerous level. Gossip Cop is reporting these distraught and disturbed fans are cutting themselves after hearing of Zayn’s engagement to pop singer Perrie Edwards. These same fans are posting pictures of their bloody wrists on Twitter with the hashtag #CutForZerrie. Some fans are making light of the cutting situation and are posting pictures of a cake being sliced, for example.

Making light of someone’s feelings when they are in a mind frame of self harm is cruel. When someone physically harms themselves they are trying to distract themselves from their emotional pain. Directioners feel close to Zayn and the band because they can read about every move the band makes. Many Directioners feel like they know Zayn personally and, in some cases, might be feeling betrayed.

Hollywood is no stranger to the serious issues of self-harm. One recent media example is, of course, Paris Jackson. She struggled to move forward after her father Michael Jackson died several years ago. Paris had been cutting for a while but took it to a dangerous level when she slit her wrist with a meat cleaver in June in an attempted suicide. Directioners in despair should be taken as seriously as Paris. Social media gives haters and bullies an anonymous platform. A Directioner could be pushed to edge with encouragement from cruel jokesters.

Not all One Direction fans are going berserk over Zayne’s engagement. Some Directioners being supportive and have begun tweeting support for their distraught friends, asking them not to cut themselves. Hopefully the severely depressed fans will seek help managing their emotions and finding other ways to cope.