BY Cate Meighan on April 14, 2013 | Comments: 12 comments
Related : Dancing With the stars, Dancing With The Stars Season 16, Reality TV 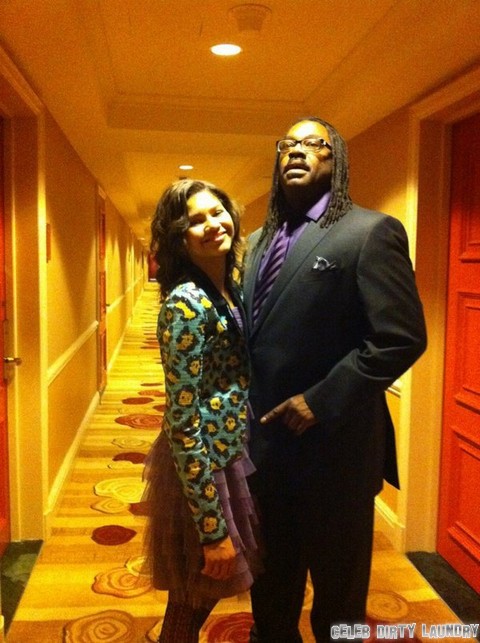 Many teenagers are likely to automatically assume that 16-year old phenom, Zendaya Coleman really has it made. She stars on Disney Channel’s hit show Shake It Up and won a much coveted spot on Dancing With the Stars, in spite of being so young. You’d think that the teen would be on top of the world but instead she is absolutely miserable and actually signed on to do DWTS because it’ll keep her away from home for long chunks of time.

The root of Zendaya’s problem is her control freak father, Kazembe Coleman, who has taken helicopter parenting to a ridiculous level. According to the April 22nd print edition of Star Magazine, Kazembe demands passwords to all of Zendaya’s online accounts and he has been known to tweet for the young star in spite of her protests. He also controls who she talks to and only lets Zendaya hang out with a few people. Aside from the fact that she is a growing girl who is trying to figure out who she really is and in order to do that she’ll need some freedom, Zendaya has also never once given her father a reason not to trust her!

By all accounts she has been a good kid that has purposely made good choices so there is not a single reason for Kazembe to exercise such strict control over her life. She chose to do DWTS because it was going to take up a huge amount of time, hours that her father couldn’t control. In between training Zendaya is reportedly trying to control whatever little bits and pieces of life that she can.

Do you think that Kazembe’s trying to control everything that his daughter does will eventually backfire? Tell us your thoughts in the comments below!