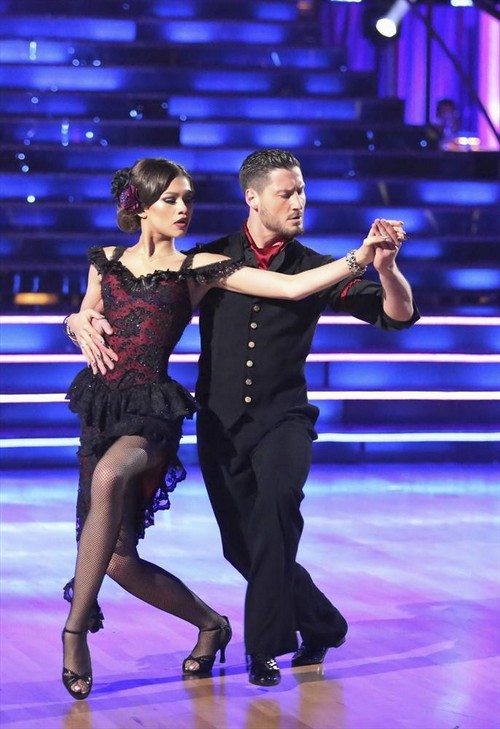 ZENDAYA danced a CHA CHA CHA to Stevie Wonders “Do I Do,” on the sixth episode of Dancing with the Stars: 2013 performance show tonight.  The remaining couples hit the dance floor in another DWTS first.  Tonight’s show devoted, for the first time, an entire evening to one artist, legendary singer Stevie Wonder.  He performed some of his classic songs,  including “Sir Duke” and “My Cherie Amour,” and the celebrities will dance to his greatest hits, including “I Just Called to Say I Love You,” “For Once in My Life” and “Signed, Sealed, Delivered (I’m Yours).”   If you missed the show, we recapped tonight’s show for you and if you want to see how all the couples did go HERE!

Judges comments:  Len: “Ask me one word that sums up great dancing, Zendaya.  Full of snap, crackle and pop and wonderful musicality.  That is the way to start a show.”  Bruno:  “Gob smacking gorgeous, mesmerizing shape.  I tell you, you can cha cha me anytime you want”  Carrie Ann:  “It is always hard to go first, but you blew me away.  I feel sorry for everyone coming after you.”