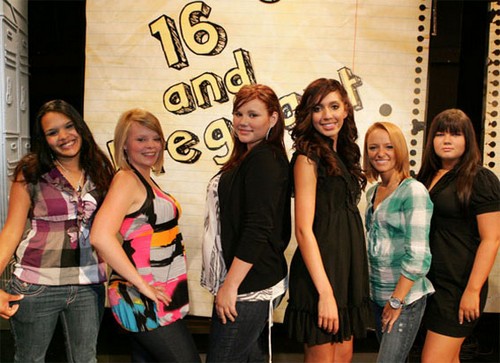 Tonight on MTV their reality show 16 & Pregnant is back with the second episode of its 5th season. On tonight’s episode called, “Autumn,” a stoner boyfriend must straighten up before becoming a father.

On last week’s episode an all-American girl got pregnant from a one-night stand in the Season 5 premiere. Also, we were introduced to Madison, whose mother’s harsh reaction to hearing about the pregnancy — kicking Madison out of the house — incited a flurry of protective fan comments.  Did you watch last week’s episode?  We did and we have a full and detailed recap, right here.

On tonight’s episode a boyfriend who likes to get stoned on his free time, becomes a father and needs to become responsible.
Tonight’s 16 & Pregnant episode is going to be exciting, and you won’t want to miss. While you wait for our recap, hit the comments and let us know how excited you are about the season 5 episode 2 of 16 & Pregnant.

Tonight’s episode of 16 And Pregnant follows the story of pregnant teen Autumn and her boyfriend Dustin. Autumn’s Mom is annoyed because she had taken Autumn to the doctor to get on birth control and she didn’t take it properly and wound up pregnant.

Autumn and her Mom go out to lunch with Dustin and his Mom to discuss what will happen when the baby comes. Dustin and his Mom win up in a screaming match over him getting high. He says that he isn’t going to stop smoking weed when the baby comes, he just won’t smoke weed around the baby. Autumn winds up crying in the restaurant and Dustin tries to comfort her. After lunch Dustin goes with Autumn and her Mom to her doctor’s appointment.

The next day Autumn meets up with her friends and talks about how much she misses school. She discusses Dustin with her friend, and confesses that Dustin hasn’t even been looking for work. Autumn’s Mom decides to help Dustin out and makes him a lost of all the local shops. He sits down with Autumn and calls all of the numbers on the list looking for work, and winds up landing a job at a bike repair shop.

Autumn is walking with her sister and telling her that she thinks Dustin is really changing and getting his life together for the baby. While they are walking Dustin calls Autumn and tells her that his Mom kicked him out of the house for smoking weed and called the cops on him. Apparently, he hasn’t changed as much as Autumn thought.

Autumn and her Mom Liz head over to Dustin’s house and he says it was all a misunderstanding. He claims it was his friends’ weed and they left it at his house. Autumn’s Mom encourages her to buy an at home drug test. They head out to lunch with Dustin and he swears that he hasn’t been doing drugs. Autumn tells him to go take the test in the bathroom. After some arguing Dustin agrees to go take the test in the bathroom. Autumn and her Mom sit in the restaurant and wait him to come back. He brings his cup of pee back to the table and Autumn and her Mom check the results. They are all shocked to see that he actually passed.

Autumn’s due date is still a month away, but she is already having contractions. She heads to the doctor and he says the baby will be here in a week. Three days later Autumn went in to labor and headed to the hospital. That night Autumn gave birth to a 7 pound baby boy named Drake.

After a few days Autumn and Dustin head home with their new baby boy. Taking care of a baby is way harder than Autumn imagined it would be. After a few weeks Autumn gets fed up with Dustin because he hasn’t been spending any of his paychecks on the baby.

When Drake is a month old Autums receives a circumcision bill in the mail for $280.00. Autumn’s Mom Liz is sick of Dustin not helping out with the baby’s bills. She wants Autumn to file for child support.

A month goes by and Dustin still hasn’t paid a dime. On Valentine’s Day Autumn is devastated because she has to spend it talking to lawyers about child support. The lawyer reassures Autumn and tells her that she shouldn’t feel guilty, it is every man’s responsibility to support his child.

The next day Autumn heads to court and files for child support. Afterwards she reveals to Dustin what she did. Dustin refuses to talk to her and tells her she is “annoying.”

Autumn never thought she would be pregnant at 16 and in court filing for child support at 17. She doesn’t see her and Dustin lasting because now they are two different people. She realizes now getting pregnant at 16 was a bad idea, and she thinks pregnant teens should realize that they will not stay with the person they had a baby with when they are that young.