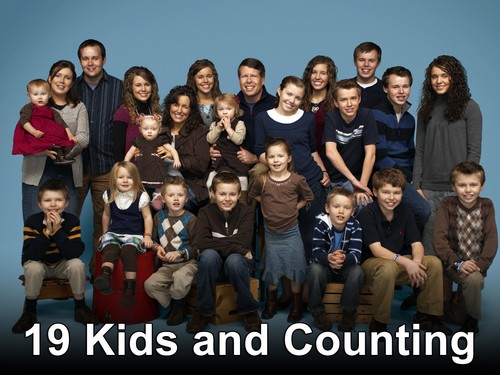 Tonight on TLC 19 Kids and Counting returns with another new episode On tonight’s episode, “Wedding Bells,” the Duggars go to Tennessee for Erin Bates’ wedding, where the girls help with the preparations and the boys get into mischief.

On last episode when Jim Bob & Michelle took new couple, Jessa & Ben, out on a double date, they discussed the importance of boundaries. Anna built a playhouse. Jill and her buddy group made the Duggars’ favorite snack. And the family might be in for more changes…  Did you watch last week’s episode?  We did and we have a full and detailed recap, right here.

On tonight’s episode Erin Bates is getting married! The Duggars travel to Tennessee to lend a hand. The girls help Erin with some last minute to-dos while the boys cook up some mischief. All eyes are on the new couple, who have saved their first kiss for their wedding day!

Tonight’s episode begins with the Duggars packing for Erin Bates’ wedding. The Bates family is very close to the Duggars. Chad and Erin have a relationship that the Duggars feel is very special. Jessa is courting with Ben so some of the duties that would have been hers have been passed down to Jinger. Jinger is packing clothes for all the younger kids. Justin and James would rather pack their bags with candy than clothes.

Some of the girls put together a fun book for Erin because the long running joke with her is that she cannot cook. Erin has a great sense of humor. Jessa was a little nervous about going through with a joke, but the other girls think it will be fun. Included in their gift is a fire extinguisher! Ben and his mother are joining the Duggars on their trip. Michelle explains how courtship differs than dating, She talks about the goal that Ben and Jessa have, which is to look at the potential result of their courtship…marriage.

Kelly and Gil Bates are busily trying to plan the last minutes details and make sure everything is taken care of. Meanwhile, Erin and Chad talk about how they met and how their relationship developed over the past three years. Erin’s sister is busy sewing last minutes bridesmaid’s dress changes and NEW dresses for some of the girls who just flew in. She only has two days to finish everything up and has been working into the wee hours ensuring everything looks perfect.

Jessa is very excited to have Ben join her family on the trip. Jim Bob uses the opportunity to ask Ben some questions about the relationship and what he is looking for. He is happy with Ben’s response. The family arrives at the Bates’ home and everyone is so excited to see their dear friends. Michelle shares that the Bates have another wedding for their son coming soon after Erin’s special day. The girls give Erin her gift and she took the joke well. She is anxious to show everyone her dress, so all the ladies follow Erin to see her wedding gown. Erin and Chad take Jessa and ben over to see their new home. They are surprised to see the master bedroom was painted pink. Chad went along because it was Erin’s wish and they got a laugh out of that.

John David is in charge of decorating Chad and Erin’s car for after the wedding. He enlists some of the guys to come and help him pick up some needed supplies. They have some stinky plans in mind…using mothballs and sardines as part of their plan. Meanwhile, the moms talk about their children and what it’s like having a married child and having a child who is courting. The Bates sisters are having a hard time knowing that Erin will be moving out soon. They are already missing her, with Carlin even calling Erin her best friend. Everyone is at the church either rehearsing or preparing for the big day. Ben is happy to be helping with the preparations because he gets to spend time getting to know Jessa a little better.

It is finally wedding day! Erin is nervously getting ready. Erin is in her dress and the drapes were pulled back to reveal her and all the ladies are in awe. Erin and Chad stand on opposite sides of a door in the church and hold hands and he is blindfolded to be sure he doesn’t see her. They talk to one another and it is a really tender moment. The wedding party takes some pictures and then it is on to begin the ceremony. Jim Bob and Michelle watch the ceremony and envision their own daughters soon having the same experience. The couple’s special ceremony ends with the words, “you may now kiss the bride.” This is an especially important moment for the couple as they have never kissed before. They are announced to the filled church as husband and wife. Meanwhile, as the couple then cuts the cake, 15 of the boys are outside “decorating” the couple’s car for their first drive as a married couple. Everyone congratulates the couple and send them off with lots of hugs and claps. Will Jessa and Ben be next? With 19 kids…the Duggars better plan on saving up for all the future weddings they’ll have.