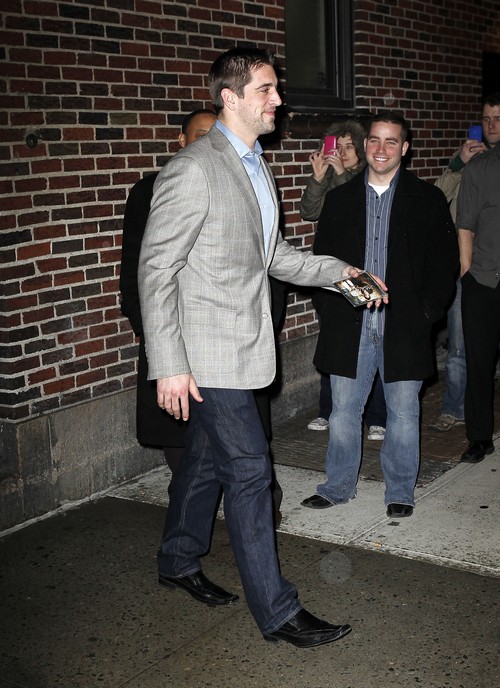 Here we go. Another athlete who claims he’s not gay. Do we believe him? Aaron Rodgers has been at the center of the rumor mill for a couple of days, ever since reports starting cropping up about his boyfriend and his hidden sexuality. According to these reports, Rodgers was dating his old roommate and friend, a man named Kevin Lanflisi. Rodgers, when asked about these rumors, point blank denies them and claims they’re not true.

In an interview with an ESPN radio affiliate, Rodgers stated, “I’m just going to say, I’m not gay. I really, really like women. There’s always going to be silly stuff out there in the media.”

Even if this guy is telling the truth and he’s not gay, the way he phrased it is going to piss a lot of people off. First of all, I wouldn’t necessarily classify gay rumors as ‘silly stuff’ in the media. The reason there was so much interest in this to begin with is because so many athletes are terrified to come out, even if they are gay, and many people hoped that Rodgers might be one of the first pro-league football players to publicly come out.

And even if he’s not gay, stating that he ‘really, really likes women’ isn’t doing him any favors. I realize there’s no way to say those words without sounding like you’re lying, but why say them at all? Why can’t he like men and women? Why does he need to address the rumors at all? In this day and age, is it really that big of a deal?

I don’t know. On the one hand, he wants to protect his public image. But on the other, he’s just scaring off gay athletes from ever coming out, whether he himself is actually gay or not. Plus, it sounds like he’s lying, although I realize that’s subjective.