Aaron Sorkin and Courtney Love Secretly Dating – Is He Too Ashamed to Go Public? 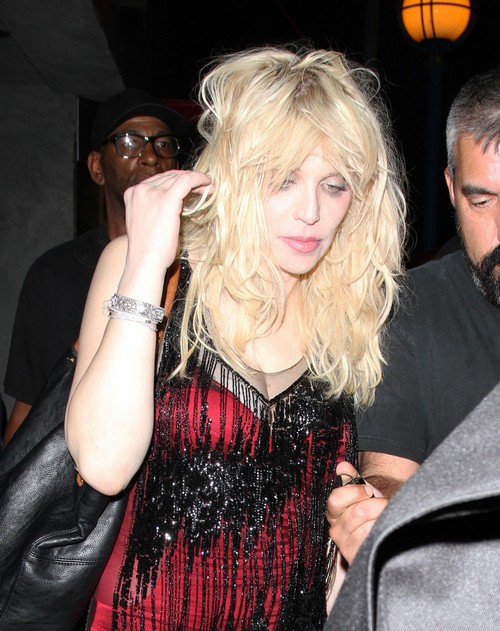 This is going sound harsh and possibly even cruel but it needed to be said – Aaron Sorkin and Courtney Love have been secretly dating for the past couple of months and frankly it’s a freakin mystery on what could he possibly see in her? Sure, Courtney at one point in time used to be a very beautiful woman and then, like it always does, drugs  eventually took its toll. Add on to that the fact she’s never appeared to be clean long enough to regain back her life and you have to wonder what could appeal to Aaron. The only common link between them is their shared addiction so unless Aaron has suddenly decided to be her sponsor then he needs to walk away.That woman is pure trouble. Don’t believe me then ask her only child. Her daughter with late husband, Kurt Cobain, has tried and failed to get away from that crazy as soon as it became legally possible.

A source is rumored to have told Page Six “He is intrigued by Courtney’s wit, while she says Aaron is a great influence on her. Some people might think they are an odd couple, but she likens them to Marilyn Monroe and Arthur Miller.” Ok, I’m just going to point out a little historical tidbit – Marilyn Monroe overdosed on several prescriptions in what’s written down as suicide. Most of the world assumed she this because she was a woman that constantly felt unloved despite three marriages and numerous affairs. Please do not compare any lie story of hers to something resembling even moderately close to long-term happiness.

However there is an upside to this story. Sorkin is being attributed for Courtney getting her life back on track. She’s coming out with a new album and looking about getting  into the film business.  So even if this romance doesn’t work out( which is what we all think will happen); Courtney did get something out of it. Hopefully having Sorkin in her life will finally help her learn to stop relying on drugs. The sad truth is she’s always been likable person and the reason people stopped caring about her was because she was the first one to give up on herself.