Alison Sweeney Leaving Days Of Our Lives – Show in Shock! 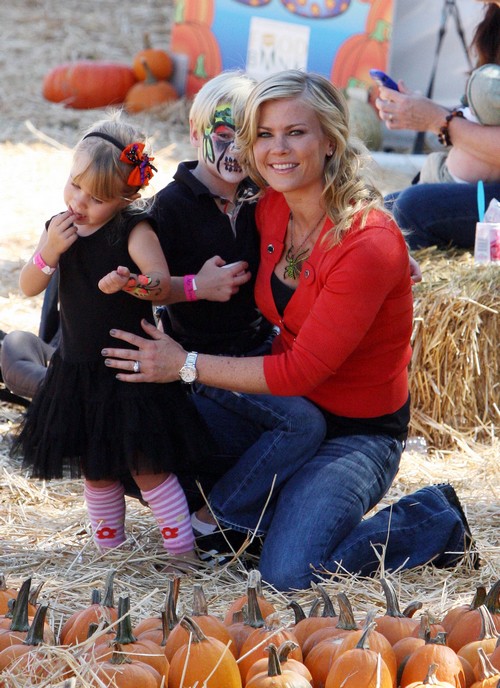 Wow, I actually didn’t see this one coming! I’m talking about Alison Sweeney’s announcement that she’ll be leaving Days Of Our Lives after this year. Her character, Sami Brady first popped up in Salem back in 1993 when the actress was just 16-years old and she has never been off screen for more than in a few weeks in all of the years that have followed! Diehard Days’ fans have watched Alison grow up on camera, get married and have a few kids. She also does double duty as the host of The Biggest Loser.

Put all of those things together and you have a very busy mom trying to balance two jobs with an active family life – a task that’s never easy. Alison announced her plans on Ellen DeGeneres’ show yesterday and says that she simply wants to have more time to spend with her kids. She has loved playing Sami, who wouldn’t? That character has wrecked almost as much havoc on Days’ in the last two decades as the evil Stefano DiMera!

As of now, Alison plans to work through this entire year and just see how the writers’ choose to plot her exit. I suspect she would like to leave the door open for a possible return but she also thinks that Sami going out with a bang could easily be seen as a suitable ending for her various sins. This is a soap so even death or a presumed death isn’t necessarily the end of any character, right? Sami can always return, if Alison and the powers that be want her too.

In the meantime, will you be sad to see Alison leave? How do you think that they’ll wrap up her character- at least temporarily? Tell us your thoughts in the comments below!