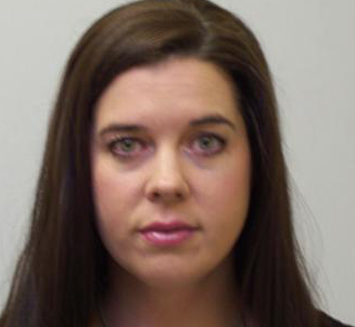 Andrea Clevenger, best known for appearing as Kylie’s mother on TLC’s Cheer Perfection, has been arrested on the suspicion of underage rape. She was 34 years old and the boy she is accused of raping is 14 years old.

Reportedly, Andrea herself turned herself into the authorities in Arkansas after two felony warrants were issued for her arrest. They were under two different charges, one for rape and and one for ‘engaging children in sexually explicit conduct for use in a visual or print medium’.

The details haven’t yet been made public, probably to protect the victim’s identity, but it reportedly all started after a call was made to the Arkansas Child Abuse hotline.

These kinds of situations are unfortunately becoming very common occurrences in the country – or maybe they’re being publicized for the first time. In this particular situation, it’s not clear whether Andrea seduced this 14-year-old boy or if she forced herself on him. Either one is atrocious, and she should be held accountable. However, they don’t seem to have enough evidence to make the charges stick, since she’s already been released on bond. She does have to wear a GPS tracking device, but I doubt that’s much consolation to the poor boy’s parents.

Of course, there is a chance that this accusation is without base. But then again, this is the same woman that suggested treating a burn with her own urine. I’m pretty sure anyone who’s watched Cheer Perfection would agree that she’s not the brightest bulb around, although there’s a big difference between making idiotic statements on television and having sex with a child.