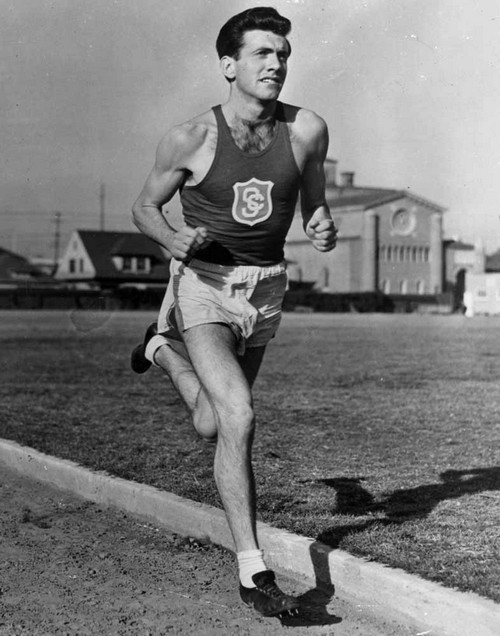 Watch out Brad Pitt, Angelina Jolie‘s got a new man in her life. Louis Zamperini, the 97-year-old subject of her latest film, Unbroken, and Angie have become really, really close during the process of making the film. In fact, they’re so close that Louis often calls Angelina ‘honey’ and ‘my gal’, and Angelina reciprocates by calling him the new ‘love of her life‘. In an extensive interview with Tom Brokaw, both Louis and Angelina appear to discuss ‘Unbroken’ and how their relationship formed while making the movie.

Angelina opens up about the movie, calling it the toughest thing she’s ever done in her life – and that includes quite a lot, doesn’t it? But Louis’ story actually is just breathtakingly incredible, and will be more so when brought to the screen with the meticulous attention to detail that Angelina specializes in.

Think about it – this is an almost-centenarian who competed at the Olympics, met Hitler, set a US record for running, got lost at sea for more than a month, survived, went on to stay at a Japanese POW camp for almost two years, survived again despite a sadistic guard obsessed with torturing him, and then came back to the US. Considering that Angelina, as a director, is often attracted to gritty and realistic true stories, it’s not hard to see why she was wanted to make Louis’ story into a movie. Plus, the fact that he obviously cares a lot for her says a lot about their relationship, and that he trusts her to do justice to his life on screen. I mean, when you have one of the biggest movie stars on the planet directing a movie about your life, you probably don’t have a lot to complain about, do you? 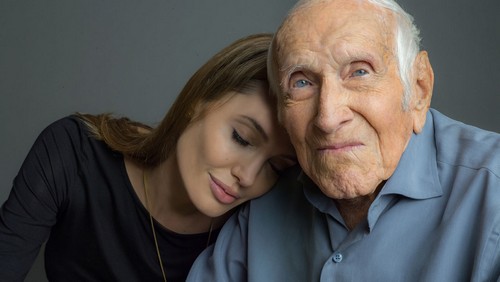