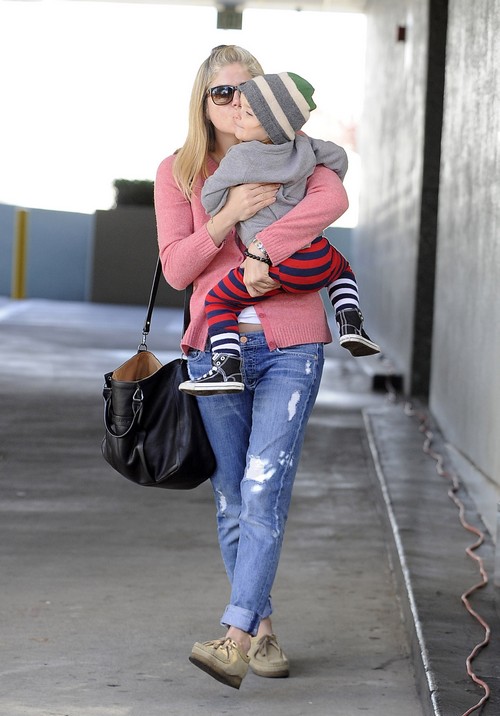 Ashton Kutcher and Mila Kunis are really, really into each other. In fact, they’re so into each other that this story comes off a bit baseless. According to the latest report from OK! Magazine, Mila’s jealous of Ashton’s close friendship with fellow actress Selma Blair.

A ‘source’ claims, “Mila says he talks to Selma more than he does to her.” But apparently, Ashton’s claiming that his talks with Selma are “strictly business business discussions about Selma possibly appearing on his CBS series, ‘Two and a Half Men,’ next season. However, that hasn’t stopped Mila from getting irate about his late-night, very flirtatious calls to Selma.”

Yes, Ashton and Selma have been friends for a long time, since they co-starred in a movie way back in 2000. However, if something was going to happen between them, it would have happened by now. Plus, not to be too harsh, but what exactly does Mila have to be jealous about? She’s one of the hottest women in Hollywood with a career that’s just taking off, whereas Selma’s career is mainly focused in television. If we’re talking Hollywood hierarchy here, Mila’s way ahead of the chain.

Also, legitimate sources on Ashton’s behalf have claimed that he’s head over heels for Mila, and hasn’t felt this way about anyone, even Demi Moore. Apparently, he had a crush on her from That 70s Show days, but couldn’t do anything for a long time because she was underage and then was dating Macaulay Culkin.