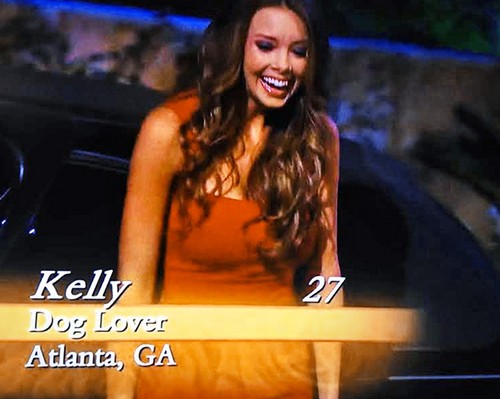 Juan Pablo, the Season 18 Bachelor, upset a lot of people includign Kelly Travis this weekend with his anti-gay remarks. He states that he didn’t support the idea of having a gay Bachelor or Bachelorette on the popular ABC series, because it would be inappropriate for young viewers at home. He quickly retracted his statements, and issued a letter of apology, and explained that English is his second language and his anti-gay remarks came out completely wrong. He actually has no problem with homosexuals. (Yeah, we’re not exactly buying it either.)

A lot of Bachelor fans were offended by Juan Pablo’s homophobic comments, but one person in particular was not happy. Bachelor contestant Kelly Travis took to Twitter to voice her opinion on the matter. Kelly revealed that one of her parents is a homosexual and stated, “My only thoughts are, I have a gay parent and I turned out lovely.” Yikes!

We have no idea whether Kelly ever revealed this information to Juan Pablo while she was competing for the Final Rose on The Bachelor. But, the odds of her winning the competition appear slim to none now. If Juan Pablo is potentially a homophobe, then he most likely didn’t hit it off with Kelly. They probably didn’t have too much in common! As of right now Kelly is still under-contract with ABC, and she can’t really speak about her feelings towards Juan Pablo. Once the series has ended and Juan Pablo has handed out the Final Rose, I am sure Kelly will have a whole lot to say about The Bachelor.