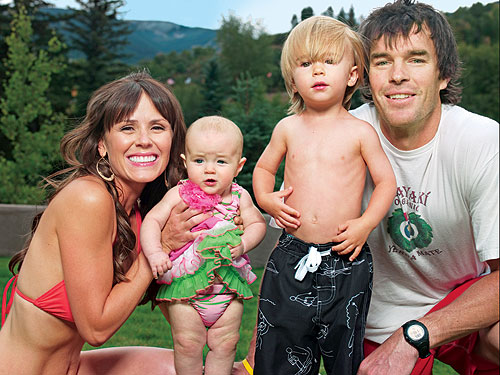 There has been a lot of talk during 2014 of featuring a gay man or woman on ABC’s popular reality series The Bachelor. This year Juan Pablo, the Season 18 Bachelor, caused a media firestorm when he slammed the idea of having a gay man or woman move into the Bachelor mansion. Slammed, is an understatement, his comments could easily be considered a full on anti-gay smear campaign.

In an interview Juan Pablo was asked whether he thought there should be a gay Bachelor on the reality series, and his response shocked Bachelor Nation. Juan Pablo stated he didn’t think a gay man should be on The Bachelor because “gays are too pervert.” Juan Pablo retracted his statement later on and tried to blame his anti-gay comments on a language barrier, and his poor English. He claims he meant to say that some homosexuals are too affectionate to be on the show, and may make the audience too uncomfortable (which really isn’t much better than saying “gays are pervert).

Bachelor alum Trista Sutter has much different thoughts on a gay Bachelor than Juan Pablo, and much less hateful. In a recent interview with E! News Trista was asked how the felt about a gay version of The Bachelor, and she was more than supportive. Sutter told E! News “I think it’s always up to the producers, so whatever they decide. I’m always going to be a loyal fan. No matter who is at the home, you know, I think everyone deserves love.”

It’s funny that a decade has passed since Trista Sutter finished runner up on The Bachelor and she managed to answer the controversial question better the current star Juan Pablo. Do you think Juan Pablo should take a few notes about how to talk to the press from Trist Sutter? Let us know in the com