The Bachelor’s Chris Harrison Says No “Chubby” Contestants Allowed: Don’t Sign Up Unless You Are White, Skinny, and Straight! 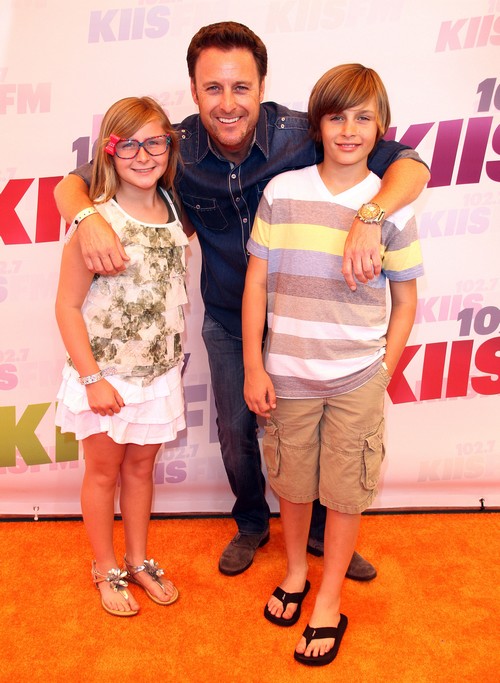 The ugly truth behind ABC’s popular reality TV show The Bachelor has certainly emerged this year throughout Season 18 of The Bachelor. First ABC turned heads when they announced they this season would be the first season to feature a “non-white Bachelor.” Then they introduced us to a blond, blue-eyed, American who speaks Spanish. While the series was still trying to shake the race issue, their “non-white Bachelor” Juan Pablo opened a whole new can of worms when he proclaimed there would never be a gay Bachelor, because gays are “too pervert.” (He later retracted his statement and pulled the “language barrier card.”)

The Bachelor has rapidly became the most unrealistic reality show on television. According to Chris Harrison, not only do you have to be white and straight, you have to be skinny too! In a recent interview with the NY Times, the Bachelor host was asked if he thought there would ever be a “chubby Bachelor?” He quickly rejected the idea and claimed “chubby people” weren’t attractive enough to be on The Bachelor. Here’s his response, “No. You know why? Because that’s not attractive, and television is a very visual medium, and I know that sounds horrible to say, but I know that at 42, in the eyes of television, I’m old and unattractive.”

So, if you are an aspiring Bachelor or Bachelorette, you can ditch your dreams of starring on the reality show unless you are skinny, white, and straight. It’s ironic because for a reality show, there’s nothing real about The Bachelor. ABC scours the country and finds the cookie-cutter Bachelor and Bachelorettes, who are really nothing like the “average Americans,” that watch the show.

Do you agree with Chris Harrison that American wouldn’t want to watch a “chubby” Bachelor? Or, are you tired of The Bachelor franchise slamming minorities and “chubby” people that don’t fit their standards? Leave your thoughts in the comment section below.