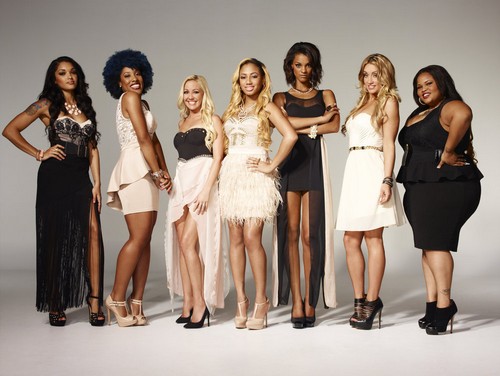 Bad Girls Club (BGC) is a reality series currently in its twelfth season. The series was created by Jonathan Murray for the Oxygen network. While the show highlights the strong and aggressive personalities of seven wild women, the goal of the show is to get them to confront their own issues and leave the house a better person. The seven women live together in a luxurious mansion for three months as their friendships, fights, and drunken and sexual escapades are recorded by the brave production team.

It’s that time of year again! The smell of drama, alcohol, and stale leather shorts is in the air as Bad Girls Club brings us Season 12 of the hit show. This season the girls head to Chicago and drama is abound. And when seven women, all with very different and strong personalities live and party together 24/7, there is no chance the Bad Girls Club house will be calm. We were introduced to the new housemates last week on the opening episode. Loren, Jonica, Britt, Alex, Jada, Alyssa, and Linsey kicked the opening episode off in true BGC style with lots of alcohol, a few limousine fights, and already at least one nemesis that everyone hates. Linsey seemed somewhat normal in the beginning, but after sharing that her extensions are made of horse hair, crying as she told Jonica that Michael Jackson is a part of her and even warned her in a dream of his death before it happened, getting far too trashed and showing way too much at the club, and antagonizing Alex over a simple burp, she quickly became the girl that all the others cannot stand. The other girls all seemed to get along fairly well, but likely that is because they were all focused on Linsey’s craziness, so don’t expect the house to be calm for long.

This season includes some features that are new to the series. Expect the ladies to confront some personal issues very publicly as each girl’s family pays a visit. For non-traditional décor, the hallways of the mansion are lined with pics of the ladies with their families and friends. The mansion provides the perfect backdrop for the ladies to try to work on their personal issues, manager their anger, and tame their wild ways. Tonight, already on thin ice, Alex’s inability to open up makes her the new outcast of the house; Loren finally snaps after Jada’s flip-flopping ways drive her over the edge. Tune in at 8 pm EDT for our amazing detailed LIVE recap!

Tonight’s episode begins with the girls complaining about Linsey. In the limo on the way home from a club, Jada and Linsey get into it because Linsey got in Jada’s face and she just wasn’t having it. The fight gets pretty violent with sloppy Linsey kicking Jada and Jada coming back at her. Linsey gets kicked out of the limo and producers come to talk to her as she cries that she doesn’t want to get kicked off the show, then screams for the cameras to get out of her face. Linsey is taken away in a van to stay the night in a hotel away from the girls in an effort to keep her from getting pummeled.

The next morning, the girls are greeted by one of the producers who shares that Linsey already decided to go home. That means…another girl is on her way in! Alyssa performs somewhat of an exorcism to get rid of anything left behind by Linsey. The girls want no reminders of her.

Alex, the model, starts talking about her modeling, which always gets the girls uptight. As she talks about how nice she had it growing up, the eye rolls begin. The girls decide to get out for a bit and Jada and Alyssa (aka Redd) bond outside the restaurant as thy have a smoke and talk about their personal lives. Back inside, all the girls start sharing stories about themselves talking specifically about things they regret. Jada shares that she’s been arrested around 30 times. Alex wonders how she’ll get along with these judgmental girls that are so aggressive.

Later that night at the club, Alex walks around like she owns the place and thinks its tacky when money is thrown at some of the girls while they are dancing. Loren thinks Alex is on her high horse and she can never get along with her. Redd knows they are from two different worlds and doesn’t like how Alex doesn’t defend herself. Back at the house, Loren cries after checking her email and finding out she might get the chance to see her dad who has been in prison for the past three years. Now she doesn’t know if she’ll be able to leave to see him because of the show. Loren comes in the kitchen and joins the complaint fest against Alex. First Redd is going off on Alex because she hasn’t shared anything about herself and always seems to separate herself form everyone. Alex just stands open-mouthed, listening to all the horrible things Redd is saying. Loren comes in and starts some more trouble, joining in with Redd telling Alex how fake she is. She then follows her to the phone while Alex tries to talk to her boyfriend. She yells at her about being fake and telling her she needs to go. Again, Alex just sits listening to the girls as they trash her. Loren is out of control and just seems like she wants to take her anger out on anyone…tonight it happened to be Alex. Later, Lo calls her friend back home and tells her about what is going on at the house and with her dad.

Alex and Redd are talking outside and things have calmed down. Loren actually comes outside and apologizes and Alex is cool with her apology. The next day, Redd is joking around, trying on Britt’s tiny clothes…well, sort of. Meanwhile, Jada talks to Alex outside and although Loren apologized the night before, she still doesn’t like Alex too much and she’s mad that Jada is talking to her. At least Jada will have Red don her side because the two ended up showering together!

As the girls see Jada going back and forth on her feelings about Alex, they are getting annoyed that she is playing both sides. At the club, Alex won’t leave Jada’s side because she knows Jada is the only girl who has really been cool with her. Later, Loren calls Jada on the fact that she is telling them one thing, but doing another by befriending the enemy…Alex. They have a house meeting on the issue. Loren starts going off on Jada being a flip flopper. Jada stands up to her, but then the other girls join in and start calling Jada on being fake. Loren and Jada get into it and then Redd steps in and they both are getting punches in on Jada. Later, Jonica (aka Blu) steps in and talks to Jada trying to help her understand why the girls are so upset with her. She understands and ends up clearing the air with Loren and the girls after and they seem to be okay for now. Alex (who the girls have dubbed, Slim) seems clueless as she asks Blu and Loren if everything is okay with them. She has a fashion show coming up and talks about inviting the girls to tag along.

As Redd, Britt, and Jada talk outside, Redd sees that Jada isn’t fake, she as just trying to give Alex a chance. Later, Alex meets up with her friend as she gets her makeup done for a fashion show that she’s participating in. As much as the girls can’t stand Alex, they are all mad that she didn’t personally invite them to the fashion show and they all get into it again.

Alex and Blu talk outside and Alex shares that she can’t get upset about the girls because she is there for herself. As Alex walks inside, she notices the picture of the new girl up on the wall where the girls’ pictures are displayed. She calls all the girls out right away to see the picture as they await the arrival of the new girl. The girls start talking about how bad she looks and the limo is pulling up! Stay tuned because next week, the new girl arrives and there will be some more drunken fights and drama!