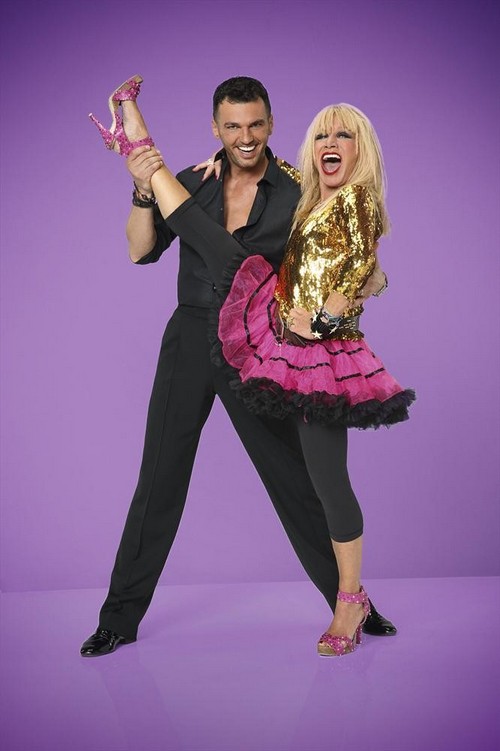 Tonight on the season 19 premiere episode of Dancing With The Stars American fashion designer Betsey Johnson danced a Cha Cha Cha to “Material Girl” by Madonna.  The competition kicked off tonight with a two-hour premiere and each couple performing a Cha Cha, Foxtrot or Jive, vying for America’s vote for the first time.  Did you watch tonight’s premiere episode?  If you missed it we have a full and detailed recap, right here for you.  If you missed any of tonight’s videos we have them all for you too!

Judges comments:  Len: “You were enjoying it so much, it was very entertaining.” Julianne: “You are flexible and awesome.” Bruno: “You went with gusto, but it went wrong.” Carrie Ann: no comment.