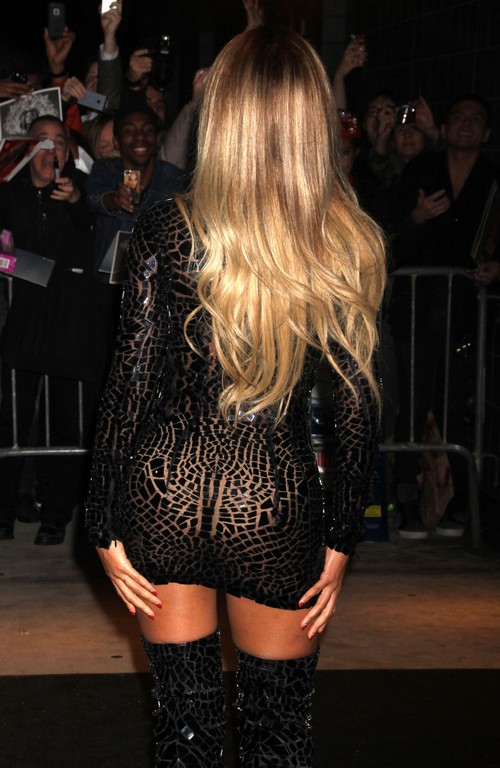 A new report from the Daily Mail claims that Beyonce has fired her manager and decided to co-manage herself, with the help of her husband Jay-Z. Of course she did – this is Beyonce we’re talking about. Why would she allow anyone to make decisions for her? She thinks she’s the best at everything, and honestly, we can’t really argue considering how well she’s done for herself.

However, it’s still kind of a shitty thing to do to someone who’s stood by you for so long and helped build your career. Then again, I guess anything flies in that industry. Besides, it’s not like this is the first time Beyonce has fired a manager. She sacked her father in 2011 after he helped launch her career [don’t forget Destiny’s Child], and she’s also fired several other managers who worked for her over the years.

The report clarifies that Beyonce has parted ways with her general manager, the Live Nation executive Faisal Durrani. Luckily for him, he’ll still have that executive position at Live Nation to keep him in expensive suits and fancy cars.

Besides, Beyonce’s unofficial manager seems to be Jay-Z, according to the report. Their source explains, “Jay has been heavily involved in Beyonce’s career for years, and was instrumental in organising the Mrs Carter Show World Tour. But he isn’t officially regarded as her manager – she really is independent. Now the couple have Blue, she wants to make sure her family come first. The best way to do that is to make sure all managerial decisions are made by her and her husband – together.’

Of course, Beyonce’s team would never utter anything about her without her permission, so their statement simply reads, “Beyonce has managed herself since 2010 under her company Parkwood Entertainment. Faisal Durrani worked for her as President for a very short time.” I guess they failed to mention that Faisal also ran the company like it was his own, huh?

Well, this isn’t the first time a star’s thrown someone under the bus. Besides, Beyonce’s reasons for firing him weren’t completely pointless, since she does want to be independent and handle all her finances with only her and her husband involved. Considering that she just had her first child, her reasons do make sense, especially when she’s probably thinking ahead.