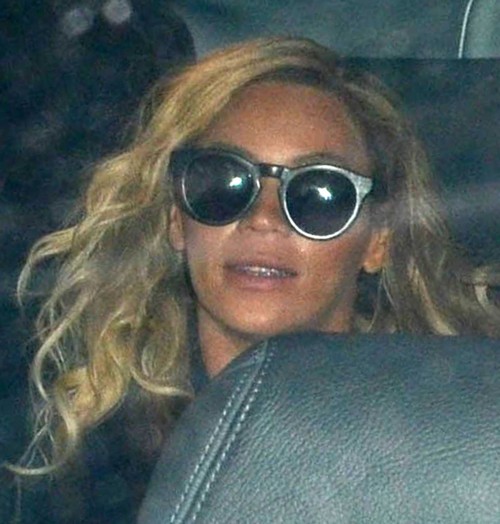 The staff at Bergdorf Goodman were all terrified when Beyonce made a stop at the famous store on Tuesday, according to Page Six. She reportedly wanted to shop for handbags on the main floor, but the staff of the entire store was top-toeing around, trying not to draw her attention and wrath.

Why so much fear? Apparently, Beyonce’s notorious for getting people fired, and in fact, she had gotten someone fired from that very store in the past. A source explains, “The staff was all very nervous because she is known to have people fired.”

Apparently, a young sales rep in the jewelry department last year decided to post a photo of Beyonce on Twitter, writing that she was thrilled to meet the famous singer. However, Beyonce decided to complain to management that her privacy had been ‘violated’, which apparently led to that woman being fired.

Seriously? She’s a guest at the store, not the freaking President of the country. This woman was probably excited to meet Beyonce for the first time, and she made an innocent mistake. I don’t see how someone taking a picture of you in a PUBLIC store and then uploading it to the Internet would be cause for getting fired!

However, we know how picky Beyonce is about her public appearance, and methinks that picture was probably unflattering. Remember how angry she got when the press was taking unflattering pictures of her during her concerts? She then made that ridiculous rule about only official sanctioned photos being allowed, all of which were of course selected by her and her team.

This is diva behavior, pure and simple. You can’t blame that sales rep for doing what she did, and it’s not fair that she got fired for it, especially if she was let go without a warning. But Beyonce, and by extension other celebrities, need to realize that getting people fired isn’t going to endear them to the public.