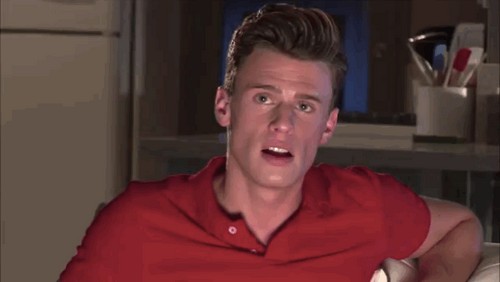 You may remember him as Michelle Tanner’s polite friend with a love of song and dance on Full House, or perhaps as loveable Waldo from The Little Rascals; however you remember this multi-talented musician and actor, he is all grown up now and starring on The People’s Couch on Bravo. If that wasn’t enough to keep Blake McIver busy, he’s also got a new album and is even planning to go on tour! We were fortunate to have Blake slow down for a moment to talk exclusively with us and share all of his upcoming projects with his CDL fans!

What I noticed throughout my conversation with Blake was his down-to-earth, fun personality, and his excitement about all he is working on. He oozes confidence without a hint of arrogance, though he undoubtedly has much to brag about. Blake’s talent seems to know no bounds as he began his career at the tender age of six when he was discovered at a dance recital by a judge from Star Search, a wildly popular talent competition show which premiered in 1983. The judge told Blake’s parents, who both had careers in the industry, that they wanted Blake to compete on the show. Of course, Blake won the 1992 Junior Vocal Champion title and scored the role of Derek Boyd on Full House shortly after. From there, Blake’s gone on to appear in multiple shows and movies, has been an advocate for the It Gets Better Project, and has written the lyrics and music for his new album, The Time Manipulator.

We asked Blake if the title for his album, The Time Manipulator, had any special meaning. Blake shares that, “It’s sort of a nod to Back to the Future. I’ve always been inspired by different periods and times.” He went on to share that his love of different eras is what led him to infuse the sounds of pop, classic rock, gospel and dance into his album. With his empowering lyrics and melodic voice, fans are sure to fall in love with the new album because it has a little something for all tastes. No doubt about that as I’ve already become addicted to Stand and Fight, a beautiful acoustic song that will leave you hitting the repeat button over and over. Blake is excited about his album release party on June 2nd and upcoming tour which will kick off at the end of June. I made Blake promise to send us those tour dates and locations to share with you all!

Speaking of meaningful lyrics, Blake penned a song for the It Gets Better Project, appropriately titled, It Gets Better. The Project’s mission is to support and reach out to lesbian, gay, bisexual, and transgender youth by communicating that things do get better as they face societal challenges. Though he wrote the song years ago, he shares, “I wrote the song so long ago hoping it would seem passé by now, but unfortunately, it is still very much an issue. It is something I personally struggled with. Growing up I attended  a private, Christian elementary and high school so I was constantly a target.” The openly gay actor and musician laments over the many suicides resulting from those who struggle with their sexuality or are bullied for their sexual preference. He now passionately advocates for the Project. The single It Gets Better is available on iTunes.

We asked Blake how he has managed to stay so grounded and find success after being a child actor. Blake tells us that he wouldn’t change a thing about his childhood acting days but explains that he does understand why so many adults who started as child actors have a hard time adjusting as they enter into adulthood, “Many people assume child actors feel robbed of their childhood, but I feel like it made me who I am today.” He goes on to share why child actors have a hard time transitioning into adulthood, “I think there is a time for every one of us..this post-puberty moment where you feel like ‘I have to become something’ whether you wanted to [be an actor] or not.” He goes on, “You become so used to constant affirmations and praise, and live this carefree life,” he says, “that former child actors have to face the reality of seeing their peers have already passed them emotionally.” So while child actors grow up very quickly for their age, Blake feels they don’t necessarily grow at the same rate emotionally as their peers. Blake, who is genuine and well-grounded, seems to break all molds as he happily recalls his childhood acting days.

With a continued desire to be on television and a strong love of hanging with his best friends, Blake gets the best of both worlds as he is currently costarring with his two best friends on The People’s Couch, Bravo’s new reality series based on a popular UK television show Gogglebox. Blake and his besties, Scott Nevins and Emerson Collins provide hilarious commentary as they critique a variety of shows. In each episode of the show, Bravo turns the cameras around and enters the homes of viewers to record their reactions to popular shows as they are watching. After watching Blake and his buddies on the show, it took all my effort not to invite them over to watch tv with me! These three are so great together on camera because, as Blake shares, “We are doing exactly what we normally do. These are my two best friends! We have always gotten together to watch shows like Real Housewives anyway.” Blake encourages fans to participate in the live tweet portion of the show.

I asked Blake his favorite thing about The People’s Couch. Aside from having fun with his friends, he says, “My favorite thing is how real [the show] actually is. It is always funny to see how we react to certain things.” He says it is most fun to hear those ‘very opinionated’ commentators. I asked Blake If he had a favorite show that they’ve critiqued. “Personally I like the reality competition shows like The Voice,” he shares. His favorite show when off the couch? “Mad Men, no doubt!”

On the topic of reality competition shows, I asked Blake whether or not he’d ever consider joining Dancing with the Stars if approached. His response…a resounding “YES!!” Blake’s adoration of ballroom dance coupled with his love of the popular dance competition make him a perfect candidate for season 19! Do you hear that, ABC? We know Blake’s dedicated fans will join that campaign as well so that this multi-talented hunk can show his skills on the dance floor next season.

If that was not enough “Blake McIver” for you, you might be able to find him at The Greek or the Hotel Café as he enjoys listening to live music in his free time (the little that he has). If you can’t make it to LA to catch up with Blake, be sure to check out his album The Time Manipulator on iTunes, watch him on Bravo’s The People’s Couch, follow him on Twitter, Facebook, Instagram, and his website, and of course, let’s hope to see him on DWTS next season!